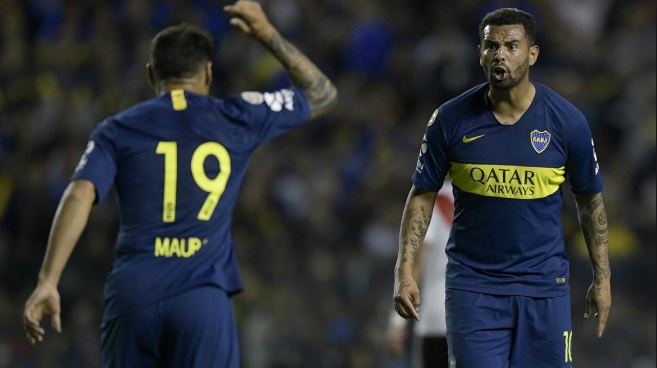 By: Hipolito Azema
One of the only filias for the sport that I maintain from when I was a madman looking up to the second division of Croatia (fortunately I think I'm cured) is to consume the programs of "analysis" the day after the superclassic. I wrote the word "analysis" in quotation marks because I like the conventilleros, the ones who don't analyze anything, the ones who argue without any argument. I also like the others, but a little less (in ESPN there are a couple very good). Maybe I don't like them as much because they're very solemn; we all know that if we analyze football in detail it's a boludez (not so the passions it arouses, this theme does call me and move me), then solemnizing a boludez is like boring me. But I love a fat man in an open shirt with a wrinkled sack shouting guarangadas. It started as an ironic consumption, but now I think I really love it. Anyway, this superclassic had a star theme in the programs of fat people screaming: the fight between Cardona and Zárate. If someone didn't see it, I summarize it very succinctly: Zárate hooked twice, kicked the third tray, Cardona whored him for not passing it, Zárate gave him back the whore and Pinola (from River) got in to calm the waters. That's it. That's it. Anyone who has played ONE football match in his life knows that at some point there can be whores, especially if 85 minutes of the game against your classic and you go 2-0 down. It's all about the moment, the revolutions, the frustration. Someone will tell me: they're professionals. Yes, and they are professionals, not androids. Why do we think this discussion is more serious than the usual ones in the Honourable Chamber of Deputies, for example? Why are there no direct references to anyone's mother's reproductive organs? (Don't believe them, sometimes there are.) I think a serious problem for Argentines is that we put the wrong focus on what we are indignant about. To know what is important we also have to know what is not important. If we don't succeed, the Bible is going to go on next to the water heater. And it's going to end up burning.