Gustavo Fernández was honored in the Chamber of Deputies

It was held in the Hall of Los Pasos Perdidos of the Honourable Chamber of Deputies of the Nation. 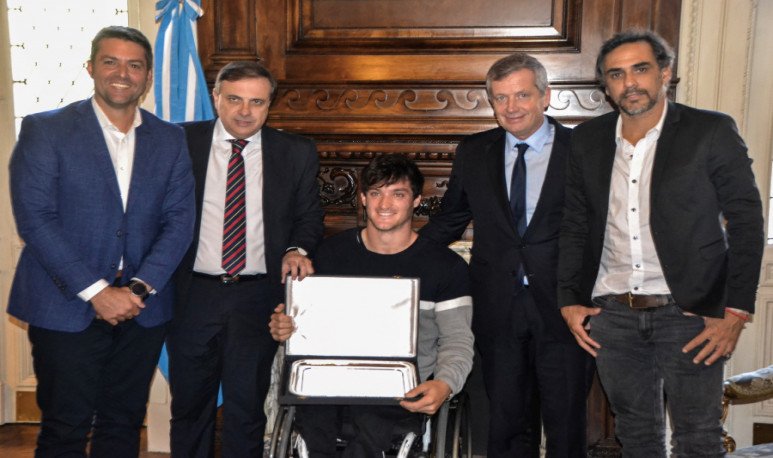 The recognition of the 25-year-old Cordovan tennis player was given by Córdoba deputy Juan Brügge and  was attended by Agustín Calleri, president of the Argentine Tennis Association .

Gustavo Fernández  is the most prominent Argentine representative in adapted tennis , specialty in which he is currently number 2 in the world (was 1 in 2017) and in which he comes to consecrate, in January of this year, in the Australian Open .

That title was the third for him in a  Grand Slam  in the singles mode, considering that he had already been consecrated also in  Australia in 2017  and  Roland Garros 2016  . In addition, he won the doubles title at  Wimbledon 2015  with Frenchman Nicolas Peifer.