With a deplorable arbitration, the “Gaucho” of Santiago del Estero beat Villa Mitre and got his long-awaited promotion. 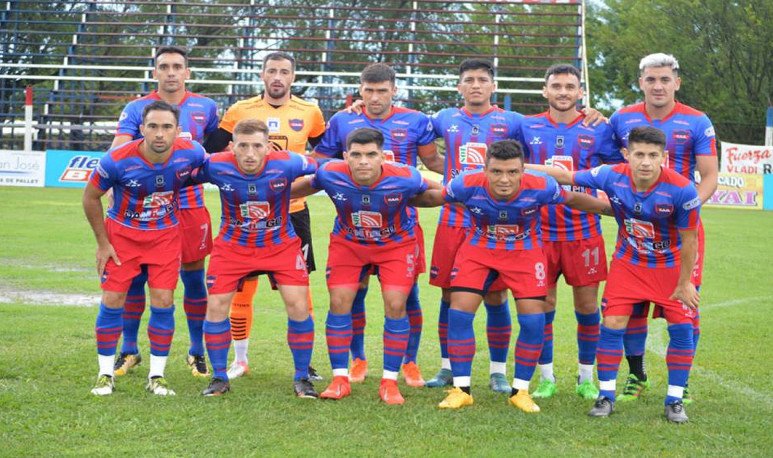 Despite the deplorable arbitration, Güemes de Santiago del Estero managed to make history. Gaucho triumphed in front of Villa Mitre and agreed to the much-sought promotion to Primera Nacional, crowning the  work  of the last few months.

The incongruences reached eleven minutes after the  match started. The referee charged a foul outside the area that was a full-fledged penalty. The event occurred when Jonathan Lastra grabbed Villa Mitre's striker Maximiliano Tunessi from the jersey and released him in the goal area. The latter fell on his face to the ground. Lucas Novelli finally charged outside and expelled Lastra.

The  second  fault charged came in twenty-four minutes. Hector González, defender of Villa Mitre, took David Romero who held the ball and fell to the ground in the blow. The judge, he pulled the red one out of Romero, who already had a yellow one, and ended up being kicked out. The two teams were in this way with ten players.

Fouls didn't end there. Claudio Vega, from Güemes, struck an elbow by which he was only ended up granting a warning, when it was appropriate to remove the red and expulsion.

Entrances to the goal area were kept waiting, as arrivals were very scarce. There was already a lot of tension between the two teams, following the failed arbitration and expulsions. Then, in the twenty-second minute, striker Nicolás Juárez recovered the  ball.With  a tremendous right play together to David Romero, they break into the goal area scoring a bit for G from Santiago del Estero. The 1-0 was profiled in favor of Gaucho, approaching the team to his task and marking his game on the court.

Villa Mitre was running out of arrival opportunities at the arch. Time wasn't on your side. Until a masterful play saved the team from a safe defeat. In search of the penalties, the Villero went into attack with everything he had in the remaining time of the confrontation. In the discount, Nicolas Ihitz caught the ball after hitting the stick and, popcorn, scored the much-sought after goal for Villa Mitre.

In this way, the rivals secured a tie in which they put all the  effort  to achieve victory. In penalties, Villa Mitre won only two hits at the feet of Victor Manchafico and Maximiliano Tunessi, while Güemes scored in each of his chances. The victorious penalty scorers were Milton Zarate, Franco Canever, David Romero and Francisco De Souza. They opened the doors of a historic ascent for the santiagueño team.A triumph that will be marked in the memory of the fans of the club without a doubt.

Another Opportunity for Villa Mitre

While Villa Mitre took a bad pass with such a close conquest, you will have another chance for the ascent to Primera Nacional. The new possibility opens up in the participation of the Reduced by the promotion. He won against Sportivo Belgrano with a blunt 2-0, thanks to scores by Maximiliano Tunessi and a Carlos Herrera on in discount time. In this way Pablo Martel's team accesses the semifinals of the mini tournament. The teams that will participate in this next phase will be Villa Mitre, Deportivo Madryn, Deportivo Maipú and Sarmiento de Chaco. All four teams will play each other leaving only two clubs. The latter will face in a final that will have as a trophy the long-awaited promotion. The winner of that duel rises directly to Primera Nacional. Meanwhile, the loser of the duel will play the final against a team from Metropolitan B.