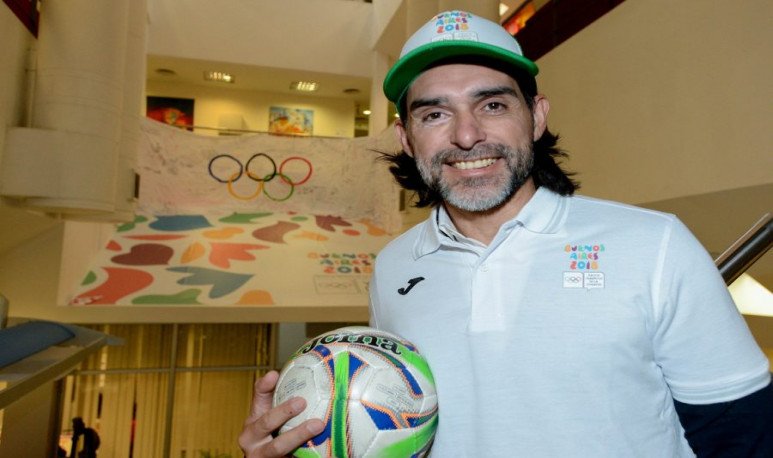 On this occasion I will tell you about one of the captains of the Argentine team that I admire most. Actually, if I start thinking, I admire most of them. Perhaps that has to do with what I understand about the concept of “captain”, which is not just being a good player (which is necessary to be part of the team beyond the captaincy), but a captain has to be a focused, intelligent, cold, strategic, with a lot of personality and very enthusiastic. It's almost the perfect definition of what I admire in anyone, be it footballer or astronaut. But in the case of the mouse Ayala, moreover, it is perhaps, along with Samuel, one of the last defenders in which I put all my trust. There are power stations that give peace of mind. The fan, but also his teammates and the archer and the coach and the president. You know it's very rare for them to screw up, and it always demands them to the maximum. Ayala was one of them.

I will not deny that researching for this note I learned something that disappointed me a little: in 2007, after losing to Brazil the final of the Copa América that was played in Venezuela, Ayala resigned from the national team and became Spanish nationalized. I do not think he did it to play in the Spanish national team, rather I imagine he did it to be able to collect the pension in euros. Anyway, it hurt a little bit. I won't deny it.

But in the same research I learned that it is the 4th most presences in the history of the selection (the first 3 were also — or are — captains: Mascherano, Messi and Zanetti). And that, to be honest, I respect him very much. In the country of exitism, I regret to say, with the national team Ayala won only a gold medal at the Olympic Games in Athens. At the same time, if we start to think, and that someone had to say, the selection is much less winning than we Argentines suppose. Let's get off the pony and work to be winners again, but let's not eat the verse we invented ourselves.

Returning to the great mouse Ayala, I would like to take the opportunity to express, to that incredible defender who played in Ferro, River, Napoli, Milan, Valencia, Zaragoza and Racing, my most sincere greeting and my deepest admiration. A guy who was a crack on and off the court. Thanks for everything, Mouse!