With the Sports Initiation Program, schools in Córdoba were able to include golf during physical activity that is dictated on an extended day. 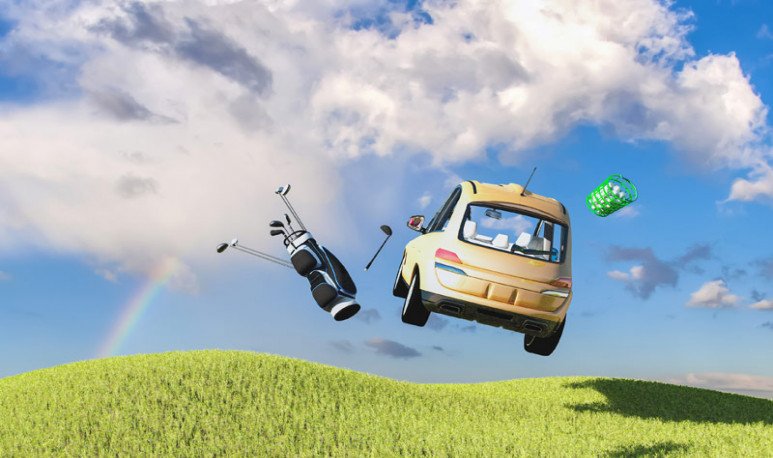 About three years ago the  Cordoba Sports Agency , the  Golf Federation of the Province of Córdoba , the Sports Confederation and the Ministry of Education agreed on a project. It is called  a Sports Initiation Program , because of which schools throughout the province could include golf. Organizing extended days.

One of the teachers who is working from the Federation on this project is Hector Castillo. The founder of “La Escuelita de la Villa” in Villa Allende in charge of popular golf education. This project lasted from 2002 to 2006. But in that short term it caused a significant impact on the environment. From there came  Joaquín Perez  who started there and graduated from a university in the United States. And it was thanks to a scholarship he won as a golfer.

Hector is part of a family linked to golf by the Córdoba Golf Club of Villa Allende and its history. And he says that “Axis One is dictated by Pierino Galli and Gustavo Guzmán and I on axis two. Pierino this year 2019 trained 220 Physical Education teachers, who according to the regulations are the only ones who can teach in  primary schools . In this year 2019 we have already taught 6,000 boys from public schools. Next year, the same program is expected to be introduced in private schools. In Cordoba there are 42 golf courses of which only 24 have children's school.”

Castillo gives more information to certify how the activity is growing thanks to this program: “Just two years ago we have a detailed census of minors (from 7 to 13 years). This year there are 404 without handicap yet and 370 children enrolled, with a  significant increase  over last year. Of course many still do not register, but good is only their first year in this sport. Before there was no census, now if they take certain numbers. Cordoba has 5 thousand handicaps in total and after the metropolitan, ours is the  largest Federation . The number of players has not fallen, on the contrary, it rose 10% compared to 2018.”

Education in schools is basic.  How to stand in front of the ball, how to take the stick and movements And Hector clarifies: “We give them  games  to learn to lift the ball. Roll it, play with the putter, the essentials. Tennis balls are used so that there are no accidents.”

The places where there is the  fastest growing  are those where there is traditionally no golf. So it has grown a lot in the San Francisco region, Morteros, Las Varillas, Cruz del Eje, Mina Clavero.

So golf in the province does not stop growing.

Would you like to buy a house in Italy for €1?