“Las leonas” thrilled against the United States. They claim in second place in the FIH Pro League. The tour continues through Europe. 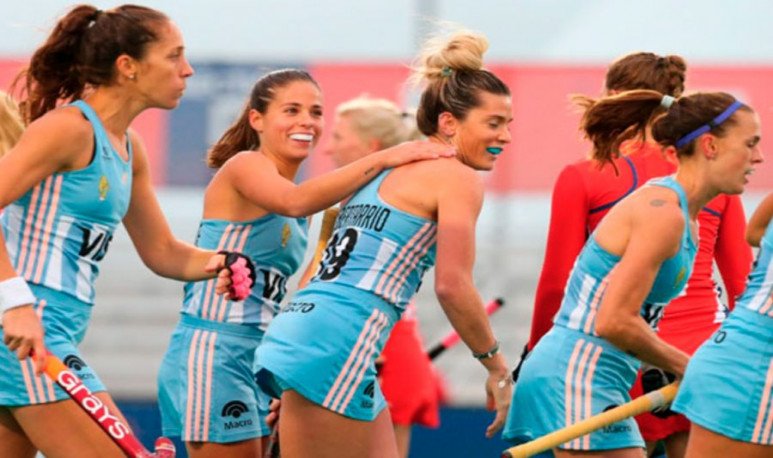 There were no equivalencies between the United States and Argentina. The difference was very big in the game and in the attitude . And so it was not surprising at all this thrashing of  " Las leonas "  that illusionas. 4 to 0 of the   Carlos Retegui team    and a new victory in the FIH Pro League.

“ The Lionesses” , only entry, became strong in the possession of the boccha with the control of  Lucina Von der Heyde  and Agostina Alonso . A double 5 that looks more and more oiled. They were the ones who generated the game so that the forwards could make the difference. And that way  Carla Rebecchi, Julieta Jankunas and Agustina Albertario  became permanent headaches for US defenders.

Anyway, the goal of  “ The Lionesses "  was not coming. Argentina added and added volume of play but lacked aggressiveness. And on many occasions, in the revenue to the area, instead of the auction was sought a detour that did not turn out. The archers Bing became a figure and " Lionesses " wasted their chances. Until  Agustina Albertario , who had missed the match against Australia, put the 1 to 0.

At the start of the complement there were a couple of suffocons by two US shorts controlled by  Cristina Cosentino. That after the penalties he cut off the Australians, he was incumbent instead of Florence Mutio . But the locals was very little. And the Lionesses took control of the game quickly. At 37 minutes the fifth short came and Rebecchi's drag was effective for 2-0.

Two goals in two minutes, to close the victory

It was all about the winner, definitely. Until  Victoria Granatto appeared, who had traveled to replace the injured  Paula Ortiz , and with two goals in two minutes, 52 and 53 after two very good plays by Rebecchi on the right and left respectively, decorated the final result.