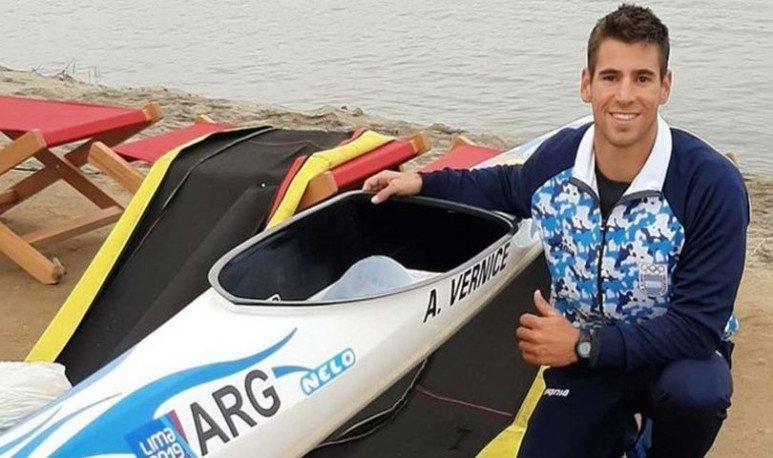 The  binomial  composed of Argentines  Agustín Vernice and Manuel Lascano  won the gold medal in the K2 1000 men's boating meters of the Pan American Games Lima 2019.

The albiceleste duo dominated the action in the water of the Albufera Medio Mundo in the town of Huacho (located almost 150 kilometers from the Peruvian capital) with a record of 3m. 16s. 641/1000.

The Argentine team prevailed by just 503/1000 over the Canadian representation. Composed of Jarret Kenke and Jacob Steele. The third place was in the hands of Mexicans Osbaldo Fuentes and Mauricio Figueroa, at 1s. 798/1000.

Olavarriense Vernice completed, in this way, a perfect day. Since a couple of hours before he had shoes another golden  presea  , when he won the final of the K1 1000. Outgoing Canadian Marshall Hughes (second) and Brazilian Vagner Souza (third).

The 24-year-old rionegrino Lascano also won his second  podium  in the Pan American event. He joined the quarteta of the K4 500, along with Juan Cáceres, Ezequiel Di Giácomo and Gonzalo Carreras.

“I didn't want to think about tiredness but it was dormant, there. I didn't have any more rest,” Joked Vernice, at the TyC Sports signal, once the  competition is over .

“It was a very difficult test because there were risk competitors. But we took the opportunity to make a difference in the second part.” Lascano told, in relation to the fact that he was in second position (behind the Mexican kayak), half of the competition (500m).