Luciano De Cecco is, for many, the best volleyball owner in the world. At age 32, his hands continue to be successful in Europe. 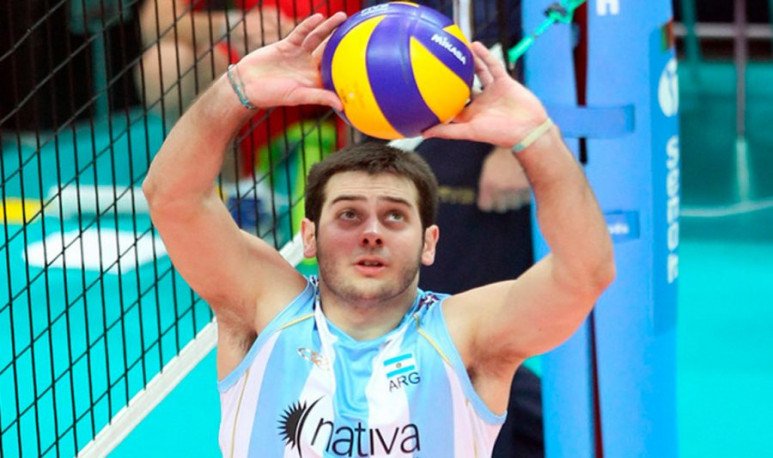 Luciano de Cecco  was born on June 2, 1988 in the city of Santa Fe. His father is a basketball coach and that sport was the first one Luciano decided to try. He came to military in teams in the province, but finally , he decided on the other most important game of hands - volleyball. Your decision wasn't wrong . He won a remembered Pan American gold medal with the Argentine National Team and has just been a multi-champion in Italy, with an MVP prize in the final included. For many specialists in this sport, Cecco is the best owner in  the world .

If you don't know about volleyball, go a simple explanation: the owner is the  playmaker  of the team. It's like old hitches in football or like a talented number five. That's what a  basketball base. It is the position of the court that  does not usually look for scoring many points, but it is for the teammates to shine . And Luciano uses his hands in that function, successfully from a very young boy. In 2004, and at only 15 years old, he was recruited by Bolivar, one of the largest in Argentina. His performance was so surprising that, as early as  2006, he debuted in the Major Team.

A race that still does not stop

It seems a lie everything Luciano's hands did in a few years. An Italian team bought it in 2007. In 2009 he achieved successes in Europe that made him consolidate in the  national team .

Bolivar  made the effort to repatriate him to be champion  . They made it. They also won the South American and competed in the Club World Cup, and were fourth. Historic.

In 2011, in the World League , the most important national team championship in the world, he was elected the best shipowner . In 2012, he joined the team he played at the London Olympics, where he won fifth place.

2015 was the time of glory:  gold medal  with the national team  at the Pan American Games held in Toronto, after beating Brazil's 3-2 team. At the 2016 Olympics, they repeated fifth place.

At the club level, Luciano's best is the last and current stage. With Sir Safety Perugia he was  champions of the Supercopa Italia 2019/20. European journalists chose him MVP  from the final.

Recently it became known that the hands of the santafesino would change their painting. Never back. Now he will join a real   dream team   in Lube, also from Italy, one of the best teams in the world .

The Kun of records

Let us not miss the yerba

The province of los cabezones

The invisible bond between Santa Fe and Los Cocos