A very little hope to qualify for the next round have “The Gladiators” after a draw and two defeats. 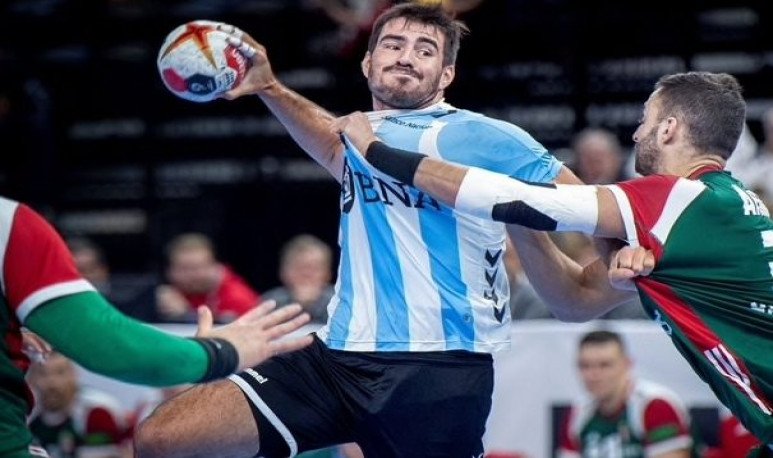 The Argentine Handball team, “The Gladiators”, lost to Egypt 22 to 20. It was for the third round of Group D of the World Cup in Germany and Denmark. And he complicated his chances of  qualifying  for the next round. In the match played at the Royal Arena in Copenhagen.

Those led by Manuel Cárdenas had a good first half and went to the break in advantage by 9 to 8. But they dropped their performance in the final part. Which enabled Africans to turn the scoreboard. And they will win their first victory in the contest.

At the beginning of the game was more effective Egypt and stepped forward on the scoreboard. But “Gladiators” improved in defense and attack from recovered balls and good penetrations through the center of his opponent's defense.

Pivot Lucas Moscariello scored a great goal over the end of the first stage. And it allowed the Gladiators to take the partial by 9 to 8.

In the second period changed history

Egypt attacked effectively and went forward by two goals. Difference that was not modified throughout the partial.
For worse, Federico Fernandez, after committing a foul in defense, received the blue card. Which meant the expulsion of the match to leave his  team  with one less to eight minutes. In addition, it will not allow you to play the next match against Angola.

Prior to this match, the  Argentine national  team had a good debut. He drew 25 to 25 against Hungary. Then he fell to the mighty Sweden 31-16.
These results leave a difficult picture for “The Gladiators” who will have to win their two remaining matches, against Angola and Qatar. And wait for the results of the other matches to qualify for the next round.

On the other hand, Egypt's top scorer and the match was Mohammad Sanad, with 7 goals.