Home People Sports Getting to heaven in F1

We tell you about the successful and unpredictable death of one of the Cordobese by adoption who came to the world of F1, and left him early. 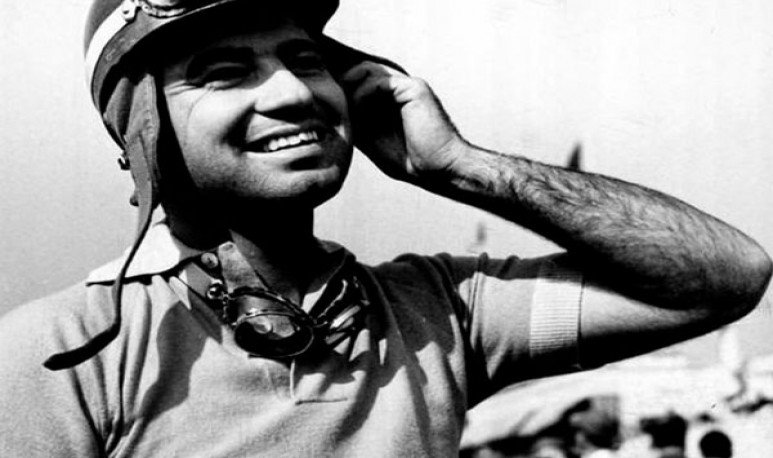 Onofre Agustín Marimón was born in Zárate, province of Buenos Aires, on Wednesday, December 19, 1923.  A few years old, when he was very young,  his family decided to settle in Cosquín, Cordoba.  “ Pinocchio”,   as they would call it years  later, was the firstborn of the marriage of Elena Strucucci and  Domingo Marimón “the Toscanito”  ,  of whom inherited the passion for speed.

His father won the South American Touring Road GP at the wheel of a Chevrolet.  It was the competition also known as Buenos Aires-Caracas and  would be the unforgettable trophy  of Toscanito, in 1948.  One of the longest and most dangerous tests in the history of the popular category.  It had 14 stages and 9576 kilometers in length.  From there he would inherit his passion Pinocchio and follow his fate with speed.

Onofre went to school at the Colegio Santo Tomás in the city of Cordoba, as a pupil.  But it didn't last long. After leaving his studies in his teens,  he started working in the workshop  of his friend Angel Anticaglia, there he worked as a  multitask assistant:  he swept, washed pieces and ran errands as a cadet . Little by little, the spark was lit and  he was finding courage to participate in some zonal races.  Like his father Domingo, Onofre Marimón ran on TC and Chevrolet.  He debuted in F1 in the French GP 51; he participated in 12 races, with two podiums and a lap record.

His official debut in Turismo Carretera was in 1949,  in the Vuelta de Mar del Plata for non-winners. He did it with the Chevrolet that was his father's property. He would then win in Junín, La Cumbre, Mar del Plata and San Nicolás.  After failing to start the  1951 President Juan Domingo Perón Grand Prix due to mechanical problems in his Maserati,  Marimón traveled to Europe to race in Formula 1.

On Sunday 1 July of  that same year, which was well moved,  he debuted in  the top category of world motorsport . It was in the French GP played on the cobblestones and fast streets of Reims.  With the Maserati-Milano No. 50, Onofre started 15th and left in the second lap due to engine breakage.

That same year,  Marimón duo with José Froilán Gonzalez in a 4.5-litre Talbot-Lake  in the 24 Hours of Le Mans. The car left them on foot after 128 laps , when they marched 4th,  behind three official Jaguar.  He was dragging in technical problems, but Pinocchio wouldn't surrender. He remained firm and convinced about the routes his father had marked him.

In 1952, already in Argentina, he participated in Mecánica Nacional, with a Chevrolet. But he wanted to go for more:  he returned to the old continent in 1953, ran for Maserati in Formula 2 and, with Fangio, on an official Alfa Romeo 6C 3000.  After many runs, he joined the official Maserati team, inheriting the chair of Fangio, his unconditional master.

Marimón won the XIII Grand Prix di Roma, which was played 60 laps on the street circuit of Castelfusano.  After starting from pole,  Pinocchio sang victory and  with a return record included.  He was aboard his Maserati 250F No. 16.  He took two laps for those who completed the podium! The big victories for him were beginning. On Saturday, July 17, 1954, at the GP of England, played on the legendary Silverstone track, Marimón  starred in the best performance of his short career . Unfortunately,  it would be the last of his life:  with Maserati No. 23 and, after starting from 28th place, he passed 25 cars. Until today it remains in force as the maximum comeback of the F1. Onofre arrived 3rd, in front of his master Fangio, who finished 4th.

In Formula One, by 1954, Argentina was an imminence.  Juan Manuel  Fangio won for the first time in Argentina, and returned to the top of the podium in Belgium and France.  Froilán Gonzalez triumphed in July in Great Britain,      where three years earlier  he had given Ferrari his first win in F1. And in that same career as Silverstone in '54, Onofre “Pinocchio” Marimón, born in Zárate and settled as a child with his family in Cosquín, reversed a streak of abandonment and came third.

On August 31,  Pinocchio ran his last race, the final destination was the sky, like the big star he is . It was at the  Nürburgring circuit in Germany .

Fangio had told him , “wait for me to come out  and continue to show you the secrets of this circuit,”  they both knew that this  was not any challenge.

But with the impetus of his youth and the innocent courage to which he carries the adrenaline, he came out alone. Fangio went after him, and saw his faithful disciple and companion crash. Onofre could not straighten that curve that, treacherous, led him to death . He was 30 years old, seven months and 12 days... in the pits, his father Domingo, who always controlled his son's times, was waiting for him.