The Friends for Sport Foundation is young, but it plays great things. He's going for the promotion to Federal A, after beating San Martin. 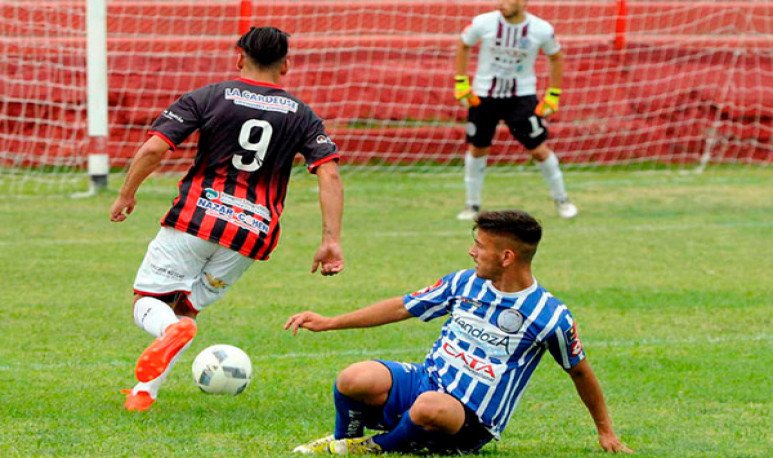 Introducing a new case of young clubs that climb fast. FADEP (Fundación Amigos por el Deporte) won the possibility of playing a final for the promotion after winning, nothing more and nothing less than,  Atletico Club San Martín , the Chacarero Mendoza.

The foundation was born as a general idea of  Sebastian Torrico ,  goalkeeper and idol of San Lorenzo. Condor flew high for national and world football, winning the Copa Libertadores and facing Real Madrid in the Club World Cup final.   However, he never forgot where he came from. His beginnings were in Godoy Cruz, not only in the club, but also in the city that bears the same name. There he opened the foundation's facilities, which aims to bring together young people who do not have a home and prosecute them in club life, away from the evils that lie on public roads.

But the Foundation also has a football team, as it could not be otherwise. It started, just a few years ago, in the Liga B del Mendoza. However, it did not cost him much to climb, about such that today he is close to play a real final for the promotion to the Federal Tournament A.

The Mendoza team was measured with their local peers on the way to this long-awaited final. But definitely the toughest stumbling block was Atletico Club San Martín.  El León del Este Mendoza is one of the largest and most history clubs in our province. That's why, in the previous one, FADEP had all the ones to lose. However, he overcame and managed to win by 1 to 0, remaining with the Cuyo version of the Regional Amateur Tournament.   Juan Pablo Montaña scored the only goal of the match, 36 minutes from the first half. Thus, the cast directed by Matías Minich qualified for the decisive match, where he expects Independiente de Chivilcoy.

The official version indicates that it is very final will be played on Sunday 28 February in  San Luis , neutral court. The winner will win a place in the long-awaited Federal A Tournament, third category of Argentine football, parallel to the First Metropolitan B.

The final of the Regional Tournament between FADEP and San Martín returned to write a black page in Argentine football.  A group of Chacarero fans clashed against each other in the vicinity of the stadium. And what was a verbal confrontation, happened to physical contact.   So the police had to take letters on the matter to avoid further damage, and rubber bullets and tear gas began to sound.

The battle of the chacareros was generated after the defeat of their team was consummated. It's just that the San Martin  fan  was used, years ago, to seeing his team fighting important things. However, from a while to this part, the club is immersed in the lowest part of Mendoza football and, apparently, is not yet going to go out.