That's how abrupt was the change that this young Cordovan experienced. He went from being on the LinkedIn platform looking for work to being key in the Formula 1 category. 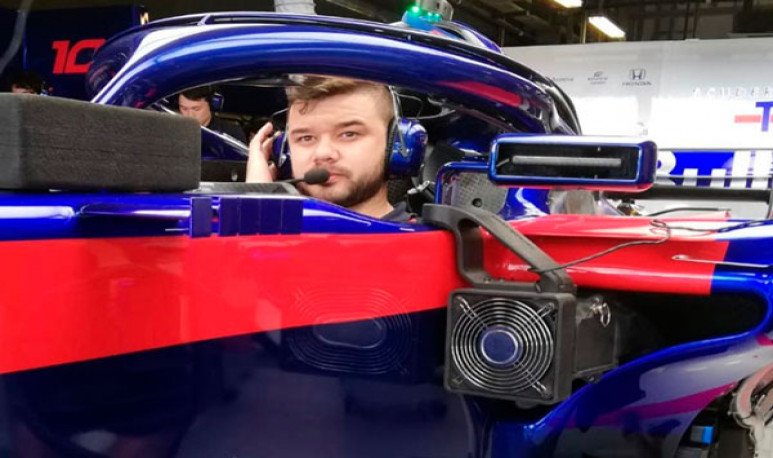 Nicolás Bianco is from Cordoba to the core  and is now in the field of international automotive competitions  . This Argentinian was an Alpha Tauri mechanic and continues to grow in the professional field.However, it wasn't magic. Nico was in Europe looking  to advance his career.Young ,   novice and not much  experience, he had a dream -  to develop in the automotive industry.He did it, but not without suffering a little .

Nico was on the old continent a year ago. He was performing  weapons at the World Touring Car Championship (WTCC).This work was carried out within the team   based in Arluno, Italy. And things weren't going very well .  So he decided to do a parallel search to  improve his living condition and his working environment .  This young man tells his story  with a  hybrid accent. A mixture of the marked Cordoba of his native Marcos Juárez, with the cadence of an Italianspeaking daily .  The main  encounters he  had had in the  JAS Motosport  team were linked to the questioning of the working methodology. Nico recounts that they were caused a little by his  Latin American spirit, hot and stubborn. But it  is also because of his    attitude as a leader,  and the need to make himself heard.

He wanted to  make some changes within the labor dynamics,  but he was not allowed to do so. They did not listen to his suggestions and challenged him to find a better job. So the kid didn't waste any time.  At the touch  he uploaded his CV to LinkedIn. He was contacted by a human resources agency. That would be the first step to take an  unexpected turn in your life.He surpassed one by one each interview and evaluation instance .  Until he entered  Formula 1 as a member of the Toro Rosso team.The selection was between 2000 candidates and the kid, only 27 years old, arrived .  Because perseverance and faith are constituent qualities of this young Cordovan.

Nico was  overcoming the obstacles  presented to him. All with the aim of  fulfilling your dream. Ever since I was a kid, he played in his grandfather's mechanic shop .  And he told his relatives in Marcos Juarez that  he wanted to be a race car trainer.No one thought I was gonna make it .  In fact, they thought I was crazy. But crazy is the one who doesn't try...

Nico graduated from high school and began his journey to where he is today. Preparing the cars and  watching the races from the inside.He started adding   to the HRC team of Formula Renault National. Then he went through the RAM Racing of Super TC2000,five years later he crossed the puddle .  This time determined to succeed. And that's how he managed to be sponsored by former pilot Víctor Rosso, also from Marcos Juárez. Could it be that the cordovan blood that runs through the veins of these fans had something to do with it? We don't know. But what we do have in mind is that Nico Bianco is an  imminence and a reference for any young man .  An example that drives us  to fight for our dreams.

She is currently 32 years old. He recounts that, in the not too distant future, he looks far away from F1. Since the average age  does not go beyond 38 or 40 years. Because it  's about a    very dynamic work  , of strength, and constant activity.Also, keep in mind that when you work in this    category, F1 is everything in your life.He intends to start a family at some point .  While he met many destinations and traveled a lot for labor issues,  the argent blood pulls and pulls. He said he would like to return to Argentina at some point .

From here, we applaud him and wait for him with open arms.