José Alberto Schrott took the bike and along with his friend they toured the Federal Department in 24 hours. A feat you won't forget. 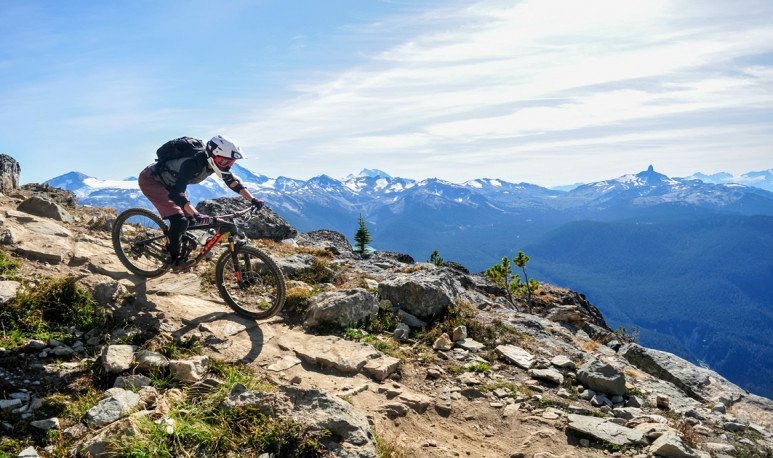 His first love was with the  ball  . And the talent was captured for a long time in the Las Flores club of his native Federal. In the middle, he interrupted the race momentarily  to serve in the Falklands War . There, he passed through Trelew, Commodore Rivadavia, Rawson and even on the Florentine dam when there was an English threat to attack the dam. However, at the age of 33 he decided that it was time to retire from the  courts  and engage in an amateur way to another sport. Thus, he started  his relationship with the bike , another of the  great passions that move it. With it he was able to tour the provincial territory and several parts of the country.

The biggest   adventure   came to  his 57 years  , when he wanted to realize a plan that was being born. It took two years to cheer up but he started pedaling all over the Federal Department . For this, he had the support of his family, and mainly,  his friend Julio Kaufman . Who also shares the madness about Mountain Bike and who accompanied him on the crossing. In this regard, José told Uno Entre Ríos that the feat demanded them about  58 hours . Of which 24 were on top of the bike, covering a total of  404.3 kilometers . He also noted that they made two stops to sleep and that there were three stretches that were very arduous.

Better if it's a two

The entrerriano said that  the idea started from wanting to cross all the peripheral roads in the area . Although the scheme had been chatting for a long time, there had to be certain favorable situations  to achieve it. One of them was that the Gualeguay River, which they crossed twice, had to be low. Likewise, you had to have a week with good weather and without rains. So, when those aspects finally met, they knew they were approaching when it came to activating. Thus, each got on their respective  bike  and went on their way together. Although they had previously made such paths, this was the first time they joined all the routes.

Organizing logistics was a huge effort.  However, Alberto stressed that the goal could not have been achieved without the support of his families and friends . In fact, some of them offered lodging and help to rest and continue the journey. In addition, he clarified that during the trip they were mostly alone but that in some parts they had company. It's just that members of their surroundings brought things to eat. Anyway, on the bikes they carried between 15 and 20 kilos of load to have the necessary. Thanks to all the aforementioned, they were able to meet the challenge without problems and return to their locality quietly.

In view of the future, the athlete revealed that he  has a promise to keep . It is with the Virgin of Itatí, so you are already thinking what will be the next bike destination. It happens that in the past he was left without work in private activity and had to make many steps to be able to collect compensation. Luckily, the money came and served him to finish his house. Again, Julio is going to be next to him to accompany him on the voyage.