Home People Sports Foundation of the most famous letter in Cordoba

A letter of the alphabet belongs to only one club in the world. And it's from Cordoba... have you already noticed which club we're talking about? 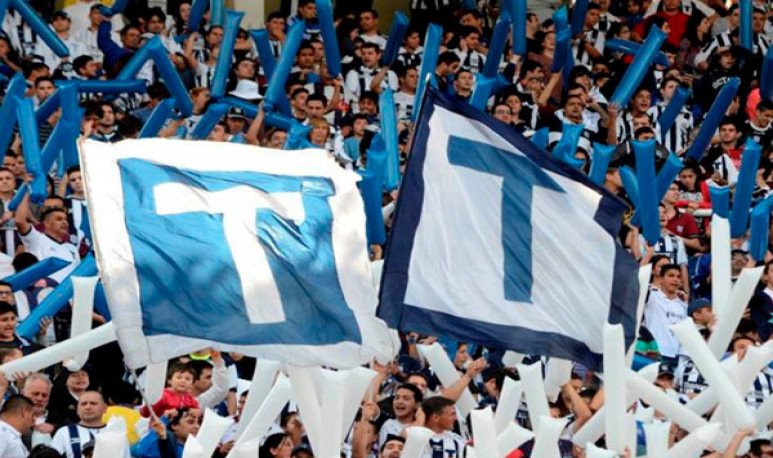 It could not be otherwise, on  the same day on which the day of Respect for Cultural Diversity is celebrated   , the    Club Atlético Talleres was founded in 1913. A key institution for the construction of cordoba .  The “T”  was born and painted the city in its colors. Today,  in any corner of the neighborhood  you will find murals that express the  unconditional love of a fan for his love club.

Club Atlético Talleres      has a very long history  , in which he was framed idols, adding fans and raising glasses.  His golden times were in the 70's, in which he had a prominent participation in the  Nationals and their first Metropolitans.  He entered the international tournaments in 1999, when he won the  Conmebol Cup,  and then qualified for the Mercosur Cup in 2001 and the Libertadores Cup in 2002. Thus it became the first Cordovan club to play an international championship.

In fact,  the poster, T, the  foundation of  Club Atlético Talleres Central Cordoba  took place on October 4. But, due to conflicts with  the Cordobesa League , the club changed its founding date to the 12th of the same month in order to be able to rejoin the League  after being disaffiliated in 1917. With the name of Central Córdoba, the club  won the 1915 and 1916 tournaments.   But he had to change his name following a  disqualification sanctioned by the Cordobesa Football League.  It was in 1917 and there was a penalty for incidents in a match with the  “celestes”.   There was born a new name , and also a rivalry that would continue to this day.

It was an episode that starred Horacio Salvatelli, who seriously injured the goalkeeper Cardozo . The play ended with  an annulled goal against  the Albiazules. Following the  referee's decision, incidents were unleashed  that culminated in  Salvatelli's police detention for assault on the pirate archer.

In the midst of this conflict, with both trips and turns, the institution was suspended.  They asked T for an  indispensable requirement to return to the courts .The club finally reintegrated in 1918 but met a  formal requirement: change the name.  Until then he had acted under the  name of Central Córdoba.  But from 1918 it began to be called  Club Atletico Talleres,  as we know it today.

It happened many years after  the key search began.  That he would consolidate  the club in La Docta and identify it with a particular neighborhood.  The  Boutique would be installed in Barrio Jardín. It was in 1931  that the search for land and funding for the construction of the stadium began  . That same year, Francisco Espinosa Amespil donated a property in Barrio Jardín, with a project that was devised by  two renowned civil engineers from Cordoba: S. Allende Posse and Agenor Villagra.  Thanks to the contribution of people, faithful followers of T, and private capital, a sports field was built. In addition, grandstands with their respective sectors, official and popular with a  total capacity of 5000 people.  But that was not all, they were also erected on the ground:  a basketball court, changing rooms and sanitary services.

The opening of the court was also planned for October 12.  It was in 1931 that a  friendly meeting was organized against Rampla Juniors of Montevideo.  Thus, it was  officially open to the public  and  all disciplines began to be carried out.  Some in initial categories and others aimed at professional performance. In 1944 the popular stands were expanded and in 1951 the official sector was installed. The Boutique  could now accommodate 18,000 people.  Currently, it is the headquarters of most of the training sessions  of the Professional Workshop.  And in its surroundings various disciplines are practiced.While the stadium grew over time, the swollen too. So, at present, the official home matches are disputed in Mario Alberto Kempes.

Today, recalling the first steps of this club that fills our hearts, we wish you a  happy birthday and a good championship.