Home People Sports For the first time in history, Uspallata will have a team in the League

For the first time in history, Uspallata will have a team in the League

Motivated with the special energy emanating from the land of the Valley, the Federal Tyre Club promises to fight for the title. A high mountain team. 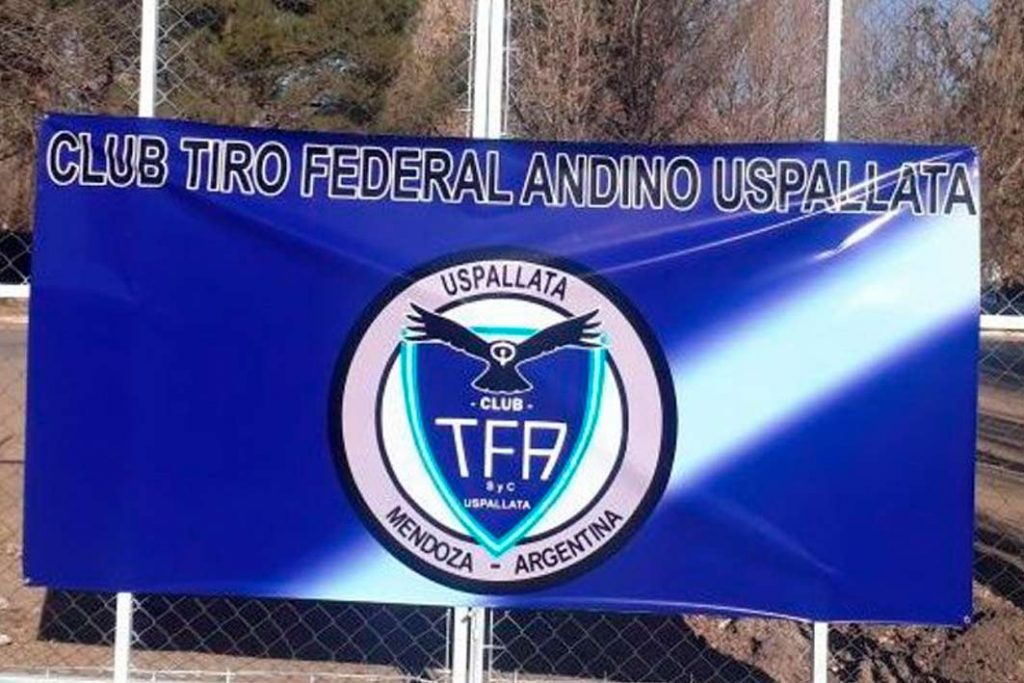 50 meters from Route No. 7, passing the building where the former Casino was located and along the road that leads to Cerro Tunduqueral (Route 149), surrounded by avenues and streams is the court of Club Tiro Federal, a traditional institution of the Uspallata Valley, which is preparing to face a momentous milestone: by first time in history will compete in the First B of the Mendocina Football League. Loaded with the special energy emanating from the land of the Uspallata Valley, the team's players promise to fight for the title .

The lasherino star Ariel Gómez (recognized former hurricane scorer) was one of the ideologues of the happy initiative to bring a team of Uspallata to compete in the League. The project caught strong in the Steering Committee that heads the President Cristian Baigorria, and with much effort and tenacity, seek to make reality the dream of participating in football mendocino. The technical staff of Ariel Gómez is made up of Luis Cano and Alejandro Iñíguez, and the collaboration of Pablo Di Paola. Founded in 1935, the lasherino club of Uspallata lives a special moment. And if the League approves, Federal Tyre promises to be the sensation team of the Mendocina League.

The President's Word by Club Tiro Federal Uspallata, Cristian Baigorria: “To be able to participate in the Liga Mendocina de Fútbol is a dream that was built day by day, a path that began with the creation of the Football School through the renowned technician Ariel Gómez, and Profes Luis Cano and Alejandro Iñíguez. Of there arose the longed illusion of the Uspallatinos to participate in the League FootballMendocina, so that we can show the talents we have in the village. Now we are presents this unique opportunity that we will not miss, in addition to the social and educational containment for all boys and girls who are part of the club. Federal Tiro continues to grow and progress.”

Sacred Valley, Among the mountains, a green oasis of magic, adventure and history. Uspallata is a valley located in the department of Las Heras (between 1900 and 2500 meters high above sea level), near to the border with Chile, on National Route 7, 100 kilometers from the City of Mendoza. Nestled in the Cordón del Plata and crossed by the River Mendoza and the creek San Alberto, in the valley you can make historical tourism cultural, as it was the scene of the Sanmartiniana campaign, where concentrated the armies before crossing the Andes mountain range. The ones specialists point out that Uspallata is a magical place, center of high energy value, such as Cerro Tunduqueral, with engravings and petroglyphs about a thousand years old.

The solidarity of Di Holy One

All players from Federal Tyre Uspallata received a major donation from Franco Di Santo, the Mendoza striker of Schalke 04 of Germany. Jorge, his father, delivered balls, breastpieces, cones and other sports items. Valentín Castellanos: the Mendoza who dazzled the right hand of Guardiola

Angel Lo Valvo: the father of the myth

From Missions to Chubut, from teacher to taster

The art of making with your hands