Home People Sports Final in Doubles for Argentines in Brazil 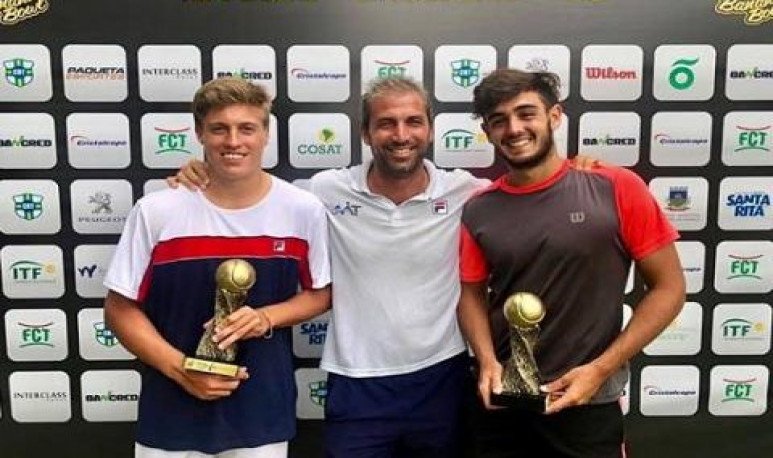 Great Argentine participation in the Criciúma tournament, with Juan Bautista Torres featured in singles. With a very good game throughout the tournament, he entered the semifinals. He had bye at the start, and began his participation in the second round, instance in which he defeated Spanish Carlos Alcaraz Garfia in straight sets with 6-1 and 7-6 (1). In the third round, he left on the way Japanese Keisuke Saitoh 7-5 and 6-2.

Ye in the final draw, beat Tyler Zink 6-2 and 6-1 and in the semifinals came the farewell to the Argentine, as he could not face Harold Mayot of France, to whom he fell in three sets: 6-4, 4-6 and 7-6 (5). Great work of Torres coming to final instances.

In other results, Alejo Lingua Lavellén and Santiago De la Fuente were on the sidelines in the third round against Mayot himself and Blaise Bicknell of the United States respectively. In the second round, Luciano Tacchi (runner-up on the date of Paraguay), Román Burruchaga and Thiago Tirante were fired. Among the ladies, Maria Florencia Urrutia took action, who also said goodbye in second yield after falling to Gabriella Price of the United States. In doubles he played alongside Gabriela Macias of Colombia and lost in the first round debut.

Among the men's doubles, the most outstanding duo was De la Fuente and Torres, who entered the final, after beating Japanese Shintaro Mochizuki and Danish Nodskov Rune 0-6, 6-3 and 11-9 in semi-finals. In the final, they had to play against Americans Eliot Spizzirri and Tyler Zink. After being 5-2 down in the first set, a nuisance on De la Fuente's shoulder forced them to leave and stay with the runner-up.