Ferro beat Geba 2 to 1 in the final 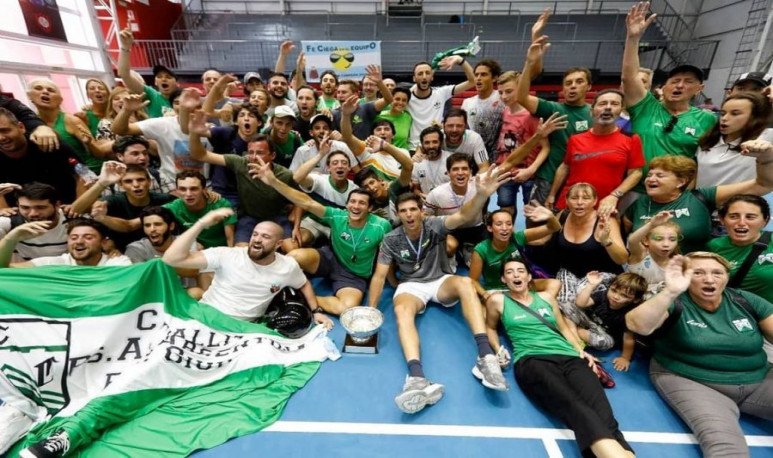 By: Roberto Morcillo
Ferro Carril Oeste won the Interclub First Division tennis tournament today with a 2-1 victory over Gimnasia y Esgrima de Buenos Aires in the final. First turn in the Roberto Pando Sports Center in San Lorenzo, Facundo Bagnis from Rosario overtook Ferro for his victory against Andrea Collarini 6-3 and 6-4. Later it was Leonardo Mayer from Corrientes who was in charge of tying the elimination when he beat Federico Delbonis 7-6 (11) and 6-4. In the doubles to define the champion Juan Pablo Varillas-Facundo Mena defeated Agustín Velotti-Juan Ignacio Galarza 7-6 and 6-2 and gave the title to "Verde" de Caballito. The tournament was played on hard folder and this last day in Boedo had the presence of the holder of the Argentine Tennis Association (ATT) Agustín Calleri, the vice president Mariano Zabaleta and the director of Development, Franco Squillari. Source Telam