Creative midfielder Fernando Gago told his teammates this Tuesday that he will leave football. 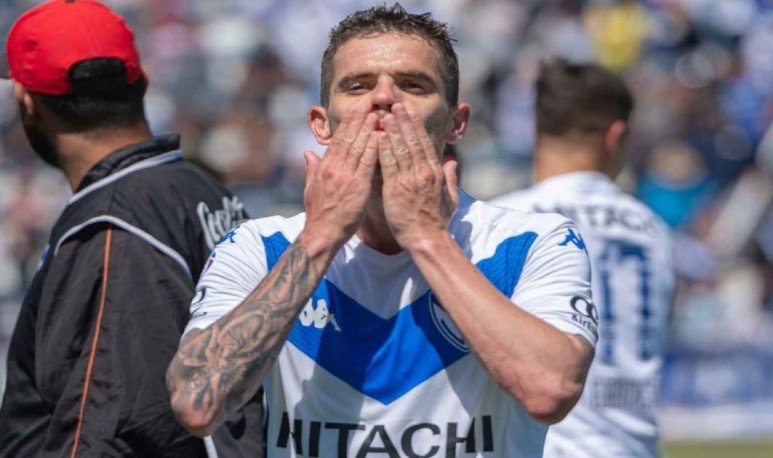 With the news of  Fernando Gago  's professional football  retirement  , the  ball  is a little sadder, he escapes a segment like us a tear. It's just that special treatment she knew how to give the ball when she caressed her putting her  loot  well down and she was flying spinning not only grasping the order but proud to go where he wanted, he won't be anymore. “Pintita” made the  decision.Oacute; n  due to its repeated and serious  injuries , the worst enemy of the ball when it comes to a player who applies strokes of good football. And do not confuse the exaggeration with the virtuosity of placing a leaked pass that very few footballers are encouraged to give and are less and less and less.

Passing up or down, the vision, the ease of finding and leaving a partner with the goalkeeper hand in hand, met the excellent conditions to be a  creative flyer  and was what led him to play in one of the biggest teams in Europe like  Real Madrid  in the 2007 until 2011. Prior to that pass through the old continent he formed in the quarry of  Boca  challenging the story of the N 5 warriors and recoverers he used to take out at that time. It also became the most expensive pass in the history of the club leaving 27,7 million dollars on the balance sheet.

One year for the Italian League wearing the  Roma  jersey and the same amount with the  Valencia  jackcoat until his return to  Argentine football  in 2013. The Velezano club opened its arms to good football and played one season until returning to Boca where he performed until 2018. After that passage through the club de la ribera he returned to Velez, playing several matches and others watching him from a stretcher. Until this Tuesday I finally, and with the sadness of several, made the decision  to end his career as a footballer .

He lowered his load arm with  14 titles of which 11 are national (six with Boca, four with Real Madrid and one with Velez) and 3 international, all with the blue and yellow jersey. With the team he was  Olympic champion  in Beijing 2008 and U20  World Champion  in Holland 2005, he was very close to getting the 2014 World Cup where Argentina came runner-up.He was also close to finalizing the list of summoned for Russia 2018 but a new step through nursing left it outside. He also played the Copa América 2007, 2011 and 2015.

With his palm trees on fire, he suffered from recurring drafts that blew to quell that stove. A hurricane injury, such as breaking the achilles tendon twice, bind the right tendon, and twice the cruciate ligaments of the knee. It didn't seem to be enough all that wind to put out the inner fire of  the love of football . As much as the injuries tried, the flame constantly burned again for the sacred fire of football to return. His unsustainable desire to first prove himself and so also to the ball, to which I never put aside and always accompanied him.

This Tuesday after a new injury, Fernando Gago decided to blow his inner fire forever from playing professional football. The good news is that he has the title of  Technical Director  and how he says, “where there was fire, ashes are left.”