He is the 3rd Gland Slam of the successful career of Gustavo Fernández, Argentine king of adapted tennis. It was in Melbourne, Australia. 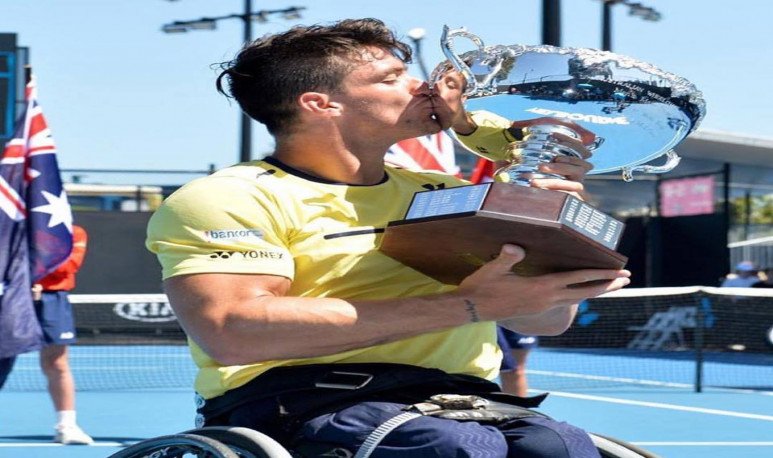 Gustavo Fernández, number 2 in the world in adapted tennis won the third Grand Slam of his career. And the second in Australian lands. He defeated Swedish Stefan Olsson in the definition and consecrated himself, adding one more star to his brilliant career.

“ Australian Open, you don't know how happy you're making me.”  With those words, Gustavo Fernández defined what this title means in the first month of the calendar year.

In the quarterfinals, he surpassed Australian and local credit Bel Weeks. Both partials were defined forcefully and by 6-1. Proving the desire of the champion of adaptadao tennis in search of the crown. Installed in the semifinals, he paired with Frenchman Stéphane Houdet. Here, he had to work hard to get into the definition. He won the first set by 6-4, but in the second he was surpassed by 7-5. The energies of the European were not the same, and in the last Fernández won 6-1.

Thus, he reached the final against Swede Stefan Olsson, rival to whom he has suffered several falls. He managed to keep the match with a lot of work, but in partial runs. The first set was very tight and had to stretch the definition until the 7-5 final. In the second set, Gusti achieved a pair performance that earned him the triumph by 6-3 and finally the Australian Open trophy.

“ I'm very excited, the work was very hard to get here. I lost four Grand Slam finals in a row and it was hard. Sometimes ghosts appear and you have to work to make them disappear. There's a lot of people behind all this to end up today. I needed it to be given and I am very happy,” he said once consecrated.

This is the third Grand Slam singles title for  Cordovan . Previously, he had stayed with Roland Garros 2016 and the Australian Open himself in 2017. On the other hand, he has doubles in Wimbledon 2015.