He beat Ecuador 2-1 in repechage 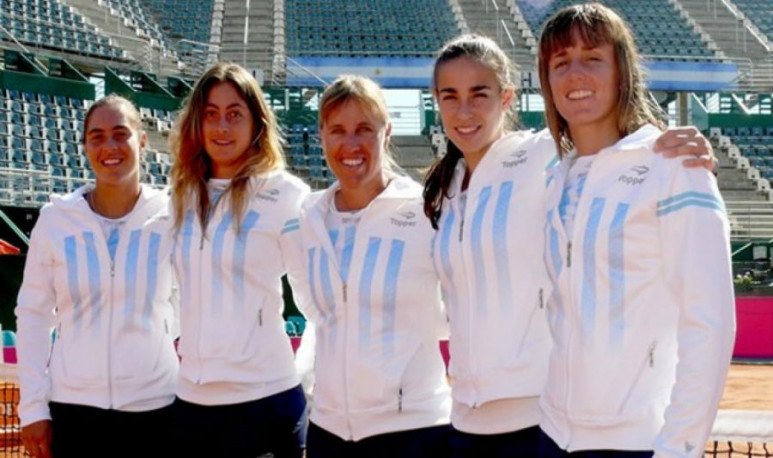 The Argentine Fed Cup team managed ensure their permanence in American Zone I, by winning in the Repechage to Ecuador by 2 to 1. In this way, with a balance of two victories and two defeats, the girls closed their participation in the edition 2019 with a positive experience at the beginning of a new cycle, which marked not only the debut of Mercedes Paz as captain but of two players: youth Jazmín Ortenzi and Carla Lucero.

As 3rd in Group B, Argentina was faced Ecuador this Saturday (4th of Group A) in a series for ratify their place in the category and had no inconvenience in imposing the hierarchy of your singlists. First, Catalina Pella (385 of the WTA ranking) beat 16-year-old Mell Reasco 7-5 and 6-2.

Next, Victoria Bosio (317) could not confirm the robustness he had shown on Friday to achieve against Brazil's Beatriz Haddad Maia one of the best triumphs of her race, and fell against Charlotte Roemer (61st in the new standings of the ITF) by 0-6, 7-5 and 7-6 (1).

No time for regrets, Bosio returned to the court to play, together with Catalina Pella, the doubles decisive. Opposite were also the two singlists of the opposing team: Reasco and Roemer. Argentina's victory was not long, and after 53 minutes of play the girls were imposed by 6-1 and 6-2.

At the Country Club of Medellín, Colombia, Argentina fought peer-to-peer against all rivals throughout the week, which had high points as the triumph over Puerto Rico (featured in her ranks the best player of the tournament, Monica Puig, 58 of the world and Olympic champion in Rio 2016), the aforementioned Bosio's triumph over Haddad Maia (was 58 of the WTA and currently occupies 172) and the full series against Brazil, which was imposed by a tight 2-1 and this Saturday was crowned champion.

Brazil, which beat Paraguay 2-0 in the final, won the right to compete, in April, the repechage for the promotion against a World Group II team. Meanwhile, the other team who lost the category was Puerto Rico, which fell 2-1 against Colombia. The podium was completed by Chile, which beat Mexico 2-1.

Here is the balance of the protagonists:

Mercedes Peace (captain): “I am super happy for today's triumph. Too bad. because he had a lot of faith in Vito (Bosio), who started winning 6-0, then got complicated in the second set and ended up losing 7-6 in the third. Cata (Pella) won a very important game without having played so well and Then, in the doubles, the two showed their best level. I'm super. grateful to the AAT who trusted me, to the girls who allowed me sharing this week, which was super intense, lots of emotions and a lot of learning, since it has nothing to do with being a player Captain. So I'm very happy and more on than ever for continue to accompany women's tennis. I also want to thank all the support I had from former number one players of the Fed Cup, which we accompanied from the first minute, from Gaby Sabatini to Raquel Giscafre. To Flor Labat, because she was an excellent president of , Viviana Gentile, who was an excellent team leader; and Andrea Passalenti, which was fundamental for the girls to be in excellent condition every day.”

Catalina Pella: “My balance sheet is positive because we meet the goal of staying in the category. I'm happy with Vito's performance so much, with everyone their super hard matches, like the rest of the team. I didn't feel very much. comfortable playing my singles, but in doubles I think I could play very well. In addition, I was very comfortable with Mecha, whom I did not know beyond the she did as a player. I also loved Flor (Labat), contributing everything your knowledge. For all this I take something very positive from this week, and I am very grateful to the Argentine Tennis Association for have sent them with us.”

Victoria Bosio: “The truth is that it was a spectacular week beyond the results. We were able to stay in the American Group area and I am very happy for the team we formed and for everything we put on it. We got a very hard area, with Brazil, Chile and Puerto Rico, and we played equal to the same with all of them, so that was the most important thing. I'm also very p

Blunt triumph against the United States

Don't you have dinner to lose weight? Mistake!

No urination on the sidewalk

More questions to know yourself

How to get what you want in 4 simple steps