Victoria Bosio, Catalina Pella, Carla Lucero and Jazmín Ortenzi will be the four Argentine representatives called to play the Fed Cup in Colombia. 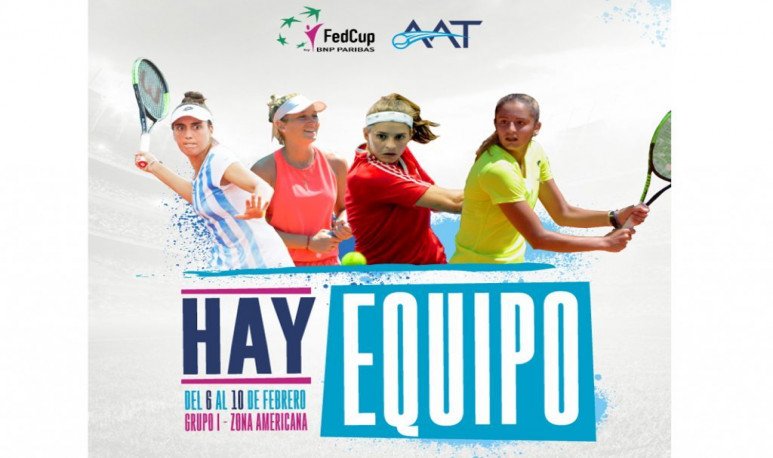 Less than a month after the start of Group I of the American Fed Cup Zone, Argentine captain Mercedes Paz announced the players called for the tournament that will take place at the Club Campestre de Rionegro, near the city of Medellín, Colombia, between February 6 and 10, on brick dust.

Victoria Bosio, Catalina Pella, Carla Lucero and Jazmín Ortenzi will be the four Argentine representatives at the official start of the cycle of “Mecha” Paz at the head of the national team, which will seek promotion in a championship that will share with the host Colombia, Brazil, Chile, Ecuador, Mexico, Paraguay and Puerto Rico.

The call will mark the debuts of Lucero and Ortenzi, located in the 184 and 256 positions, respectively, of the new ITF World Tennis Tour ranking. For Bosio (314 of the WTA classification) it will be the return to the albiceleste cast after its only call in 2014, while for Pella (376 WTA) it will be its twelfth series.

“ The team was summoned according to the ranking. I contacted each of the players and unfortunately, due to calendar issues, we will not be able to count on Paula (Ormaechea) or Nadia (Podoroska), who are in Australia competing in another area, as well as Lourdes Carlé, affected by university commitments. Luckily both Vicky Bosio and Cata Pella said yes, and we added Jazmín Ortenzi, a 17-year-old junior player, and Carla Lucero. We are very excited to give the best in this stage that begins, where, as we said from the outset, we seek to achieve a sense of belonging to the Fed Cup team, based on a follow-up of all the players in all the competitions,” said the Argentine captain.

On Thursday, January 31, the team will meet in the morning at a club to be appointed in the City of Buenos Aires for two days of training before traveling, on Saturday, February 2, to Medellín. The Argentine delegation will be completed with kinesiologist Andrea Pasalenti, delegation president Florencia Labat and team leader Viviana Gentile.

The tournament will be played in the “round robin” format; that is, the eight participants will be divided into two groups of four teams each, which will face all against all between February 6 and 8, with series at the best of three matches (two singles and one doubles).

The first two of each zone will play on Saturday 9 a final from which will come out the only one qualified for the April play-off, against a representative of World Group II. The second in each zone will define the 3rd and 4th place and ensure their permanence in the American Zone for the following year. The two descents to American Zone II 2020 will emerge from the losers of clashes between third and fourth in each zone.