Facundo Campazzo is already NBA: he played his second pre-season match with the Denver Nuggets. 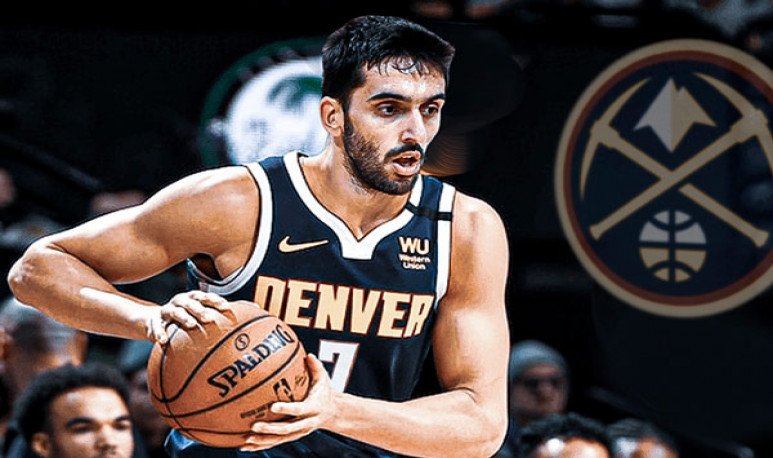 The 29-year-old  Cordovan  is already part of a dream that will have idealized since he was very young, although this time he did not fall out of bed. He is more awake than ever and already played his second pre-season game this Wednesday in the 126-95 victory against Portland.

He won't have played long, a little more than 9 minutes, but he went around to leave his name engraved on the board with 3 assists, 1 robbery and a stopper. Although prior to this match, he played 24 minutes against Golden State leaving very good performances such as robberies and so also passes to one hand with an incredible speed that earned him the nickname “Spiderman”, generated by his own teammates. Accurate passes with strength and precision, it is surely one of the highest qualities of Facu in a low body for  basketball . Although they all have high and low, Facundo is certainly a person who knows how to find that balance that makes him shine long ago in Europe and who will surely do it in the most important league of this sport. It has been hard to bring out that shine with many years of sacrifice that were increasingly polishing this player. Gradually he was making space between the big ones and began to prove with his skills that he can be a very serious player in the  NBA .

Coach Michael Malone commented weeks ago that he believed a good potential in Facu as he considered him one of the best in the pick and roll and thus also a great pin. He also left a phrase worthy of transcribing: “ What I love about Facu is that you cannot judge him by his height. When you see it for the first time, you probably underestimate it, because it will not be the tallest guy on the court, nor the strongest. But his heart is huge. Play with a tremendous amount of passion and pride.”  Without a doubt that passion and pride are born on the Argentine soil, we have already seen in quantities of sports and leagues, compatriots stand out for the claw, to leave everything in every minute. What leaves me thinking that in the Argentine sport nothing is given and everything achieved is done uphill. That's why sweat on the forehead is not negotiated.

Facundo will have to earn his minutes on the court as the title is secured by Jamal Murray, a Canadian player with  crack  future who has demonstrated many qualities in the 2019/2020 Playoffs. Although in reality the place will be played with Monté Morris the other Base of the team, who was second in the 2017 Draft and is 25 years old.

Every time it takes less to start the regular season where countless matches are played and that will surely have Campazzo action in the rotation of the starting team. It will begin on December 22 and the debut will be against Sacramento Kings, although previously a friendly will be played again against Portland on Friday 18 at 23 hours.

We are sure that there will be a heart on the court in those minutes that it will play and accompany the mano, as if they were veins that pump that heart so that it does not stop, the ability of its passes and the tireless defense it proposes.