Home People Sports F1 and its technological advances to improve it 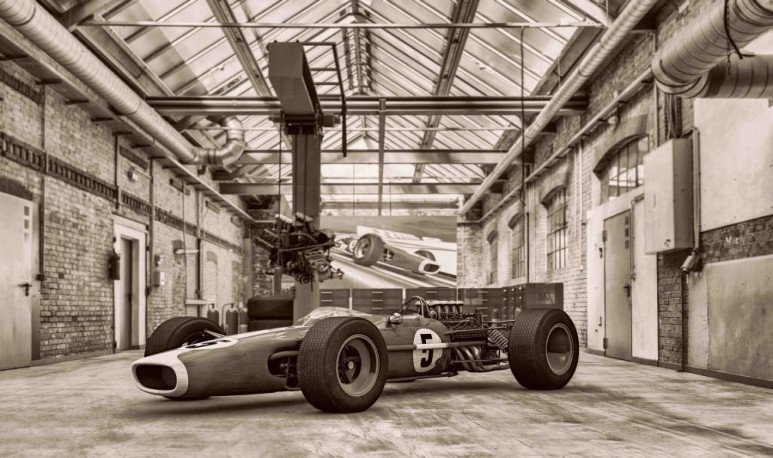 The  Fòrmula 1  always stepped on the accelerator to evolve in the different stages that it went through, from its inception, with front engine and thin wheels, to the current one with “supersonic” machines and, fundamentally, with effective safety measures to protect its protagonists.

Far away were the 1950 images showing cars with front engines, thin wheels and riders with rudimentary helmets, goggles and no flame divers, although the speeds reached put the “hairs” at the end.
The engines used in 1950 were 4,500 cc without compressor, with the option of one of 1,500 cc but with turbocharger, and the regulation did not specify the minimum weight of the cars.

But in 1960, the break-in of the rear engine that the Cooper brand had used years ago caused a fundamental scene blow. And it was Australian  Jack Brabham the first winner and champion .
Another important breakthrough occurred in 1967 with the sparkling appearance of the Ford Cosworth engine, product of the union of British  Mike Costin and Keith Duckworth, who created the V8 impeller.

Lotus owner and mentor Colin Chapman commissioned the engine and Scottish  Jim Clark was the first to lead him to victory in 1968. The British  Graham Hill  was a champion that year with Lotus-Cosworth.
Everything was valid to win and in 1976 the British  Ken Tyrrell , he came up with building a six-wheeled car, four small front and two wide behind, to reduce the front area of his cars.

In 1978,  Colin Chapman , always with his innovations, invented the ground effect, like an airplane wing upside down, which consisted of placing air channelers on  Lotus pontoons.
But they were not common elements, but Chapman placed the channelers upside down and that caused the airflow to crush the car and could transmit the power to the ground.

A year later, 1979, the  Renault team, put on track a car with a turbocharged two-liter Renault V6 engine, and Frenchman  Jean Pierre Jabouille made the first pole in Kyalami, South Africa, and then won the French Grand Prix.
Amendments to the  Formula 1 regulation continued, especially to improve the safety of the riders, until in 2018 it was decided to use the Halo, an element located in front of the rider to protect it in case of overturning.