Enrique Pieretto is the Cordovan who is breaking it on the other side of the pond. We tell you all about this rugbier that does not stop tackling. 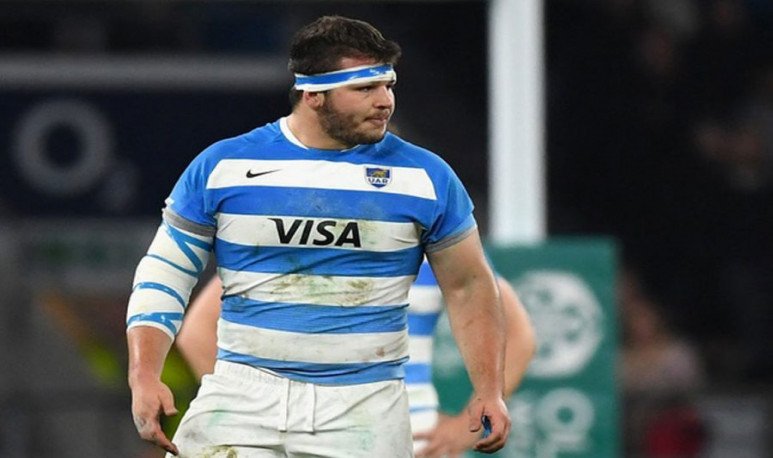 After an impeccable career in Argentina, Enrique Pieretto was summoned to join the team of the  Exeter Chiefs . From  Club Athletic de Córdoba (CAC),  which saw it birth and grow, to the English club without stopovers. He signed a contract with director Rob Baxter, and from there, he doesn't stop  saving the popes  to the club. Henry Pieretto is the right pillar, and he is  the angel who saved the Exeter .

Enrique Pieretto started at Athletic, from there he went directly to  Los Pumitas  (Argentine youth team M20). Then join the  Jaguars  in   Super Rugby  . And, after a tour with the Barbarians, she is played with the shirt of the Exeter Chiefs.

All this happened after the impeccable performance with the  Jaguars , the provincial team, in 2019.  He was signed up  by the Exeter coaching staff, and it was. “Kike”, as his friends tell him, fell out of the sky to this club that had been suffering with the serious injuries of its most important players.

Rob Baxter, director of the club, bet the kid with all his chips. “We've been able to see some of his moves well, both club and  internationally  , and at 24 years old, he looks great, although we can still work on it and get even more out of his game, which is enormously exciting,” he tells the media. He trusts Enrique Pieretto is going to do his best. As a right pillar, it's  a ten , and the club knows it. We from here  make him the stamina .

The kid dressed the black and red one of the CAC, that of the provincial team and now English coat. A crack. From the south of Cordoba, southwest English, 310 km from London. A little trip, isn't it? We follow him wherever he goes.