Home People Sports End of the Beach Games in Rosario

Argentina took the first place of the medal general. 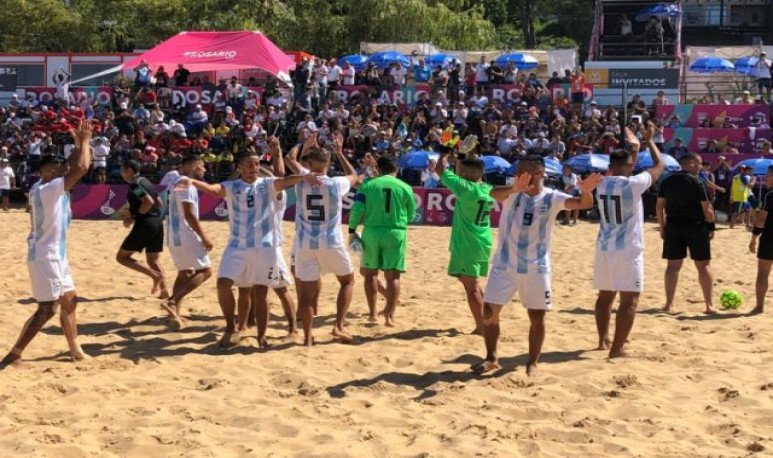 In  sail ,  Luciana Cardozo climbed  to the top of the podium in the Laser Radial class, finishing third in the Medal Race, adding 6 points and accumulating 14 overall. In addition, in men's RS:X  Mariano  Reutemann   also added a  gold  . He won the Medal Race and secured first place. In Sunfish,  Martín Alsogaray  finished second and was  silver  and  Fatima Almenara  , in the women's RS:X category, won the  bronze medal  . Another  bronze  thanks to the task in Sunfish with  Sofia D'Agostino  . The pair composed of the brothers  Federico and Florencia Buiatti , in the mixed Snipe category, won  bronze by adding one more for the delegation.

Juliette Duhaime  was awarded the silver  medal in the women's stand up paddle surf marathon, covering the 18 kilometers in 2h7m. In the men's event, also over 18 kilometers,  Francisco Giusti  despite a delay, managed to overcome Ecuadorian Carlos Gómez Zambrano to add another  bronze  with a time of 1h55m44s.

For his part,  the Argentine beach football team fell in the final  and added the  silver  medal. Defeat logic ate Brazil by 8-1.  Hernán Magrini  is the coach of a team that has already climbed to Montevideo podiums at the 2009 Games, and third in Manta, Ecuador, in 2011 and Vargas 2014.

In the beach tennis discipline, the pair  Jésica Orselli and Ailín Wirth  got  third place  on the podium after beating the Aruban Iza Celaire Maud-Dominique Hopman by 6-3 and 6-4, in the last national preseas.

With the 2019 South American Playa Rosario Games concluded,  Argentina won the first place of the general medal with a total of 49 medals, with 17 gold, 19 silver and 13 bronze medals. The point to highlight is that the delegation scored at least one medal in all the sports in which it said present.

Guess in which country is the Monument to la Coima