Ginobili ended his sports career on August 27. 14 years after the historic victory over the United States. Coincidence? 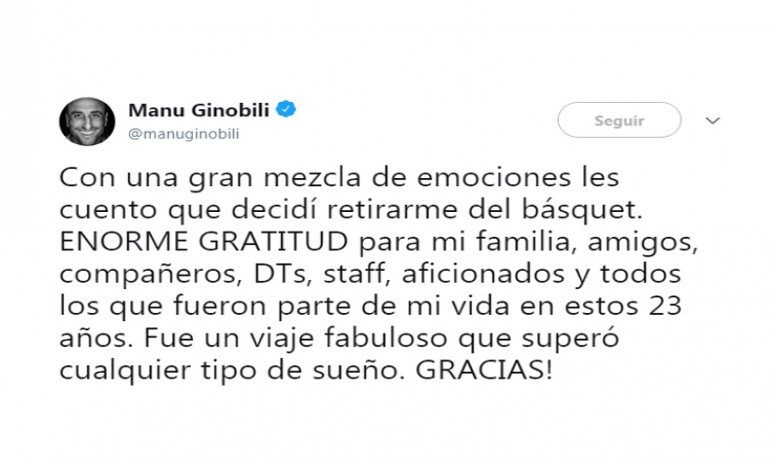 Emanuel  Ginobilli   put an end to his sports career on August 27, 2018 , just 14 years after the historic victory of Argentina on the United States at the 2004 Athens Olympic Games. Coincidence? I don't think.

Manu   retired from basketball after 23 years of career  , with 14 titles and millions of historical moments. No doubt, like I said on another note, we won't have another one like him again. It is and will be the highest emblem of the  Argentine basketball  .  He won the whole of Argentina to say and think this, and he proved it during all these years; he claimed it in every match with the albiceleste jersey, where he was a leader of a generation of  gifted players  .

The most remarkable thing about him is that the player who was throughout his life was trained with effort and dedication, he was not born like that; he trained and grew up doing it to become what he was. That is why it is an example of the whole national sport and not only an example as a player, but an example of a person, growing Argentine  basketball  , inspiring thousands of boys to start playing.

I consider myself a fan of  Ginobilli , but not really a fan. That's why I decided to consult real fans of him and his basketball, “What is Manu to you?“. And the answer I received was “I can't tell you now because I start crying, but it was the one who motivated me to play this sport.” This generates in Argentines who love sport something inexplicable. That's why now it just remains to applaud and thank you for your career, for that popcorn, for showing what it is to be a great athlete and above all things for teaching us what it is to be an Argentine.

Even on the moon 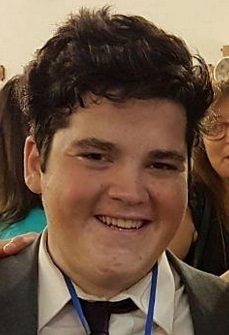