A respectful guy without losing a little bit of passion 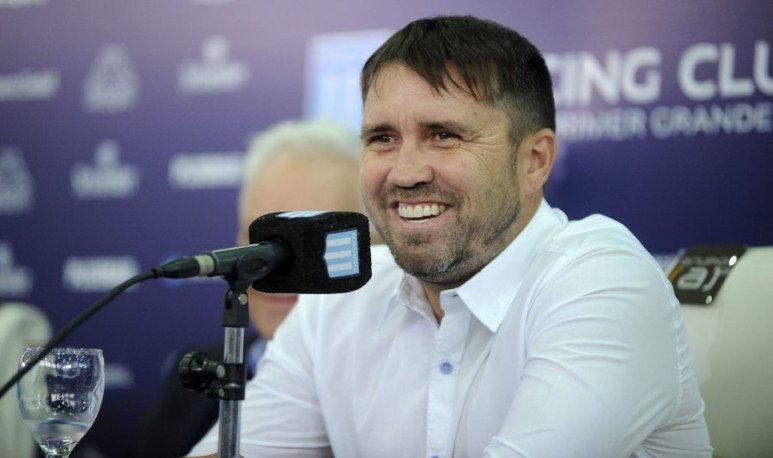 Football is a usina of endearing characters, some funny, others wearable, others with stories that thrill. Undoubtedly, one of those great characters is Eduardo “El Chacho” Coudet. Born in Platense, he moved to Rosario Central, one of the huge clubs in the interior of the country, and later played in San Lorenzo, River, Spain, Mexico and the United States. As a coach, he directed a Central who played beautiful, then went to Mexico and today, as many know, he is the coach of a Racing who, first of all, tries to have the ball and always give it to a partner. It's not a little. But this is just a synthesis of his career; the real reason why I love him (love is a very big word, I know, let me take care of the hyperbole of poetry) is for his way of living football. Never an extra word, never a disqualification. With his rhetorical tools, which to be honest are not many, he always engages them to declare things with sustenance and leave more than one thinking. A respectful guy without losing a bit of passion. And the passion is proven in the way she found to repatriate Sigali to the guests of the Avellaneda club. The player was performing in Croatia, as a couple with a Croatian and was not very clear whether he wanted to return or not. Although somehow footballers are used to it, it is still difficult to raise a lifetime and move from the continent. Well, dear Chacho realized that he needed allies to convince him and did not hesitate to communicate with Sigali's parents, and then, in another effort, with Elena Kanaet, the stunning Croatian bride. Can you imagine that conversation? In what language would it have been? Not knowing the language did not prevent the talk and Coudet achieved his task. For those who are clear what they are looking for, nothing is impossible. Leonardo Sigali signed a contract with Racing until 2021.