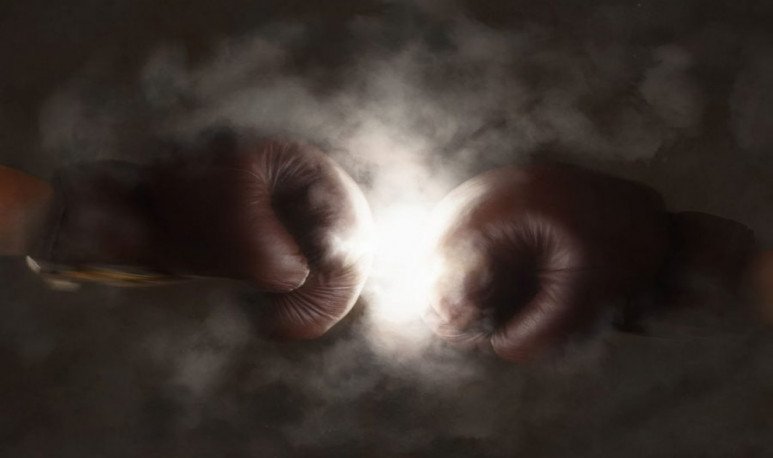 Lucas Matthysse has just crowned WBA World Champions Welter when he knocked down Thai Tewa Kiram, the other vacant title candidate in the seventh. So far, one more story in the glorious Argentine  boxing  . But there is something else that is not new. And it's a problem. For many years, there has been a lack of continuity among our people.

They call it “the machine.” He left a neighborhood commonly characterized as “spicy” called “The Thousand Dwellings” in Trelew, in the south of the country, with the Falkland Islands tattooed on his back and several other  scrachos  that remind him, if necessary, that he was born in Argentine lands. Anyone who sees Lucas and his tattoos and who is knowledgeable about his sports activity, surely, will not want to get around. But it would be a mistake. Contrary to what our prejudices may decree upon seeing him, the champion is very warm and gentle.

In Argentina we have  boxers  who stand out more for their technique than for their gluing, those considered “technicians”. They head this group “El Huracán” Narváez, Sergio “Maravilla” Martinez  and the young Nicolas Andino. On the other hand, those who stand out for their sticking — known as knockers — make up an immense list. To name a few: Carlos, Latigo Coggi, Marcos “Chino Maidana” and, returning to the subject that calls us, our own Matthysse, who adds 36 wins before the count of 39 fights made.

We said that the problem with most  fighters  today is the lack of continuity in the blows. And Matthysse's fight is one of the best examples. People came to boo competitors because of that fault. Kiram wasn't throwing blows because he was scarce of resources. Matthysse, meanwhile, did not seem to find the distance. He made a couple of hits before the seventh round, but he didn't follow him. When he did it, he connected with his classic power and the lungo lasted for a round. Most local boxers do the same as our champion. So, they've lost by points and even by a hand wandered more than once.

The general reading in the world of boxing is wrong. The old jargon was rooted that the fighters who were going to fight abroad were the best. The answer to that statement is yes, that was happening, but today are other times. Today it is known that it is easier to fall outside for dollars than to fall for pesos in the conurban area. And when I mean “fall” I don't talk pejoratively or want to offend anyone. I mean the action of falling as defeat, the situation of losing the fight. The market was opened so big that FAB itself — Argentina de Box Federation — lost control and records of how many Argentine boxers are competing abroad. Fortunately, new media and videos and social media allow us to witness what is happening with these talented exiles. There are thousands of  express  contracts whose bases and conditions do not seem to matter, because only the signing and possibility of the greens is of interest as a potential gain for both boxers and their teams of coaches and representatives.

You could say that before in boxing he was very close and stuck hard. Now, the technique predominates. Maybe the power is the same, but I think they got the essence out of the box. The one that argentines are lacking in general, to be even more the reigning champions. For now, let's enjoy Lucas Matthysse, his hand, his talent and his story of overcoming.