Home People Sports Did you know that there is a sports villa in Mendoza?

A huge space that, like Olympic Village, offers scenarios for the practice of the most diverse sports disciplines. 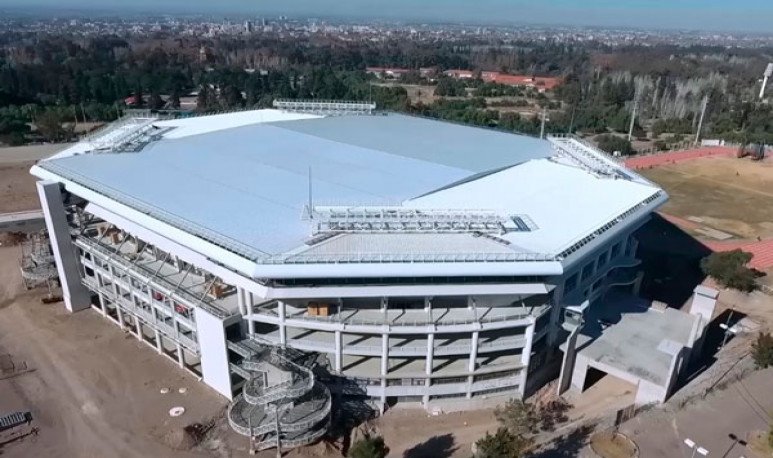 Within the spectacular  General San Martín Park  , the Mendoza Sports Villa is located. This is a huge site where there are specific scenarios for the realization of the most diverse sports.  Courts and tracks on both sides make us feel like we are in a real Olympic Village .

Located on the premises of the  Malvinas Argentinas Stadium ,  the Provincial Sports Villa consolidates the profile of Mendoza as the venue of major provincial, national and international sports events  , which complement the tourist calendar and theiacute; istic of our province.

The project involves several works and began with the refunctionalization of the Malvinas Argentinas Stadium  in 2011 on the occasion of the Copa América.  It continued with the construction of the  Provincial Athletics Track of synthetic screed, which opened receiving 13 countries and nearly 500 athletes, in the South American Athletics category, in October 2012.

In 2013 the  Mendocino Field Hockey Stadium was built, and that same year it hosted the Pan American Hockey,  with the presence of 8 countries, among which was the Argentinian national team The Lionesses  .

The construction plan included the refurbishment of the  Velodrome facilities and the construction of 3 tennis courts, located in the West sector of the Mendocino Field Hockey Stadium.

In 2015, other new spaces were built within the Villa such as the Integradora Square, intended for people with disabilities, which is located next to the velodrome “ Ernesto Contreras ”. An Urban Gym was also made, which has equipment according to gymnastic activities and is located in the southern sector of the Athletics Track.

While a courtyard for the elderly, which features shuffleboard courts, space for chess and a grove for social recreation, a bike path and an aerobic circuit complete the options of the Villa. A new rugby court was also upgraded and built. A mountain bike and bicicross training track and a softball court complete an attractive environment designed for all those who want to engage in outdoor physical activity at no cost.

On the premises there is also a huge indoor stadium, which offers the possibility of sporting events, but also cultural events. Fu and opened in 2018 and baptized with the name “Aconcagua Arena”. In fact, the name was voted by people via social networks and the current name was the winning name among three other options. It has capacity for 8,500 people.

Since the beginning of the quarantine, the facilities of the Villa Deportiva have been desolated. Even the Malvinas Argentinas stadium is not used for training or social events. Therefore, athletes, coaches and close to the disciplines practiced there are waiting for authorizations to reuse their facilities, which, in many cases, are unique in the province of Mendoza, such as the athletic track.