Home People Sports Of small has nothing

Since the seventies we have players fighting the top positions of the rankings playing well, sometimes choosing to go for the most technical game 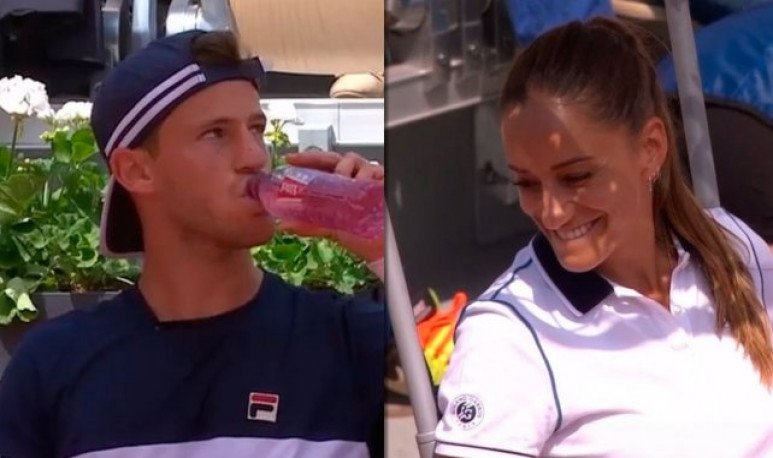 Tennis  is a sport that has already accustomed us Argentines to be proud. Since the seventies we have players fighting the top positions of the rankings playing well, sometimes choosing to go for the most technical game (what we could relate to talent) over the physicist, which is imposed as a world trend. But the other day, no less than  Roland Garros,  Diego Schwartzman   took things to another level.

The subject is like this: in one of the 16 matches, “El Peque” (I challenge you, dear reader, to find a more argenant nickname than that) was losing comfortable against South African Anderson. He manages to break for 3-2 in the third set and celebrate looking at the grandstand, looking for a particular viewer, to dedicate the point to him. As we all know, tennis is quite a mask and that attitude can entail some kind of disciplinary measure (Cantona's kick in loop should be passed during the dead times, maybe that way things would change a little). Anyway, returning to the Peque, as he realized that he could generate some kind of bad weather, he decided to use the rest time to explain to the umpire (beautiful by the way) what was going on.

It started as something normal, telling him that there was a spectator who celebrated all the points against him, that decentralized him, etc., until something was activated in his brain, that I suspect is one of the greatest properties of the Argentine male gender: a beautiful woman does not let us think of anything other than make her smile. At a certain point, after explaining everything, he asked the maid, who watched him from her tower: What do you think? Am I right? The maiden, how could it be otherwise, says yes, she smiles at her again, and when they are no longer looking at each other, she bites her lower lip.

Result:  Schwartzman  turned the match and went to the fourth. Argentine pheromones are very powerful. Or ask  Carolina de Monaco .