Home People Sports Crespo: “Gallardo, as a good trick player, he chicaneed me”

The argument was about a light break at the stadium, which Gallardo reproach Crespo as a ruse for a player to come out. 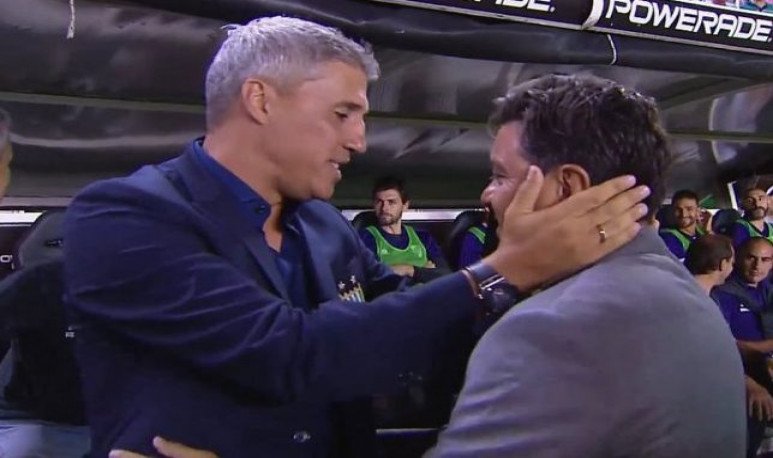 The question arisen by a light outage that hit the Florencio Sola stadium last night, Banfield coach Hernán Crespo, argued that his pair of River Plate, Marcelo Gallardo, “as a good trick player who is, he chicaneed me.”

The discussion between the two ex-teammates in River and the National Team began at 27 minutes of the first half. When the match was 0 to 0, by the 19th date of the Superliga. Ttras a power outage due to a breakdown in the generator set.

“Gallardo, as a good trick player who is, chicaneed me telling me that I had sent the light off the court. But he didn't take into account that he faced the ice man.” Crespo said to Telam.

Both played together in River and were champions of the Copa Libertadores in 1996. So “Valdanito” (such as Crespo's nickname) pointed out that “I know Marcelo well. That's why I know the discussion he wanted to raise was to get me out of the focus of the match. But I remained calm, cold and without raising the decibels.” “What's more, he was nervous because he noticed that his team wasn't having a good time. Since Banfield was running the game. He even said we cut the light so that a player of mine could go to the bathroom.” He expanded the former scorer for River, Argentina's national team and European football.

Regarding his past at the Nuñez club, he commented that he had “a special feeling before the match. Because it was the first time I was going to face it, since as a player I had never done it. I was a little nervous. But when entering the locker room, the chip was changed and the thought was only in Banfield.”

“I'm sorry you couldn't win, because we deserved it. We present a team with nine young people and only two experienced. All emerged from the bottom of the club. A unique case. And at times we surpassed the champion of the Libertadores. It means that although we have not yet won (three draws and one loss since heading the Drill) we are on the right track,” Crespo said.

He was even surprised by the cry of the albiverde partiality of “come on, let's go los pibes.” Crespo noted that he felt “excited because he had never lived something like that. And that's very good for giving kids more confidence.”

That is why, at the end of the match, he entered the playing field to greet referee Silvio Trucco. While in the best style of “Cholo” Simeone, he gestures with his arms arenging the fans. So they can approve what the team did with that “come on, let's go the kids.” Which is what Banfield bet at this point of the season.