In the Mario Alberto Kempes stadium in the Cordovan capital, the special test “Desafío 10 mil metros” was held, which was a tribute to the historical phonists of that province. 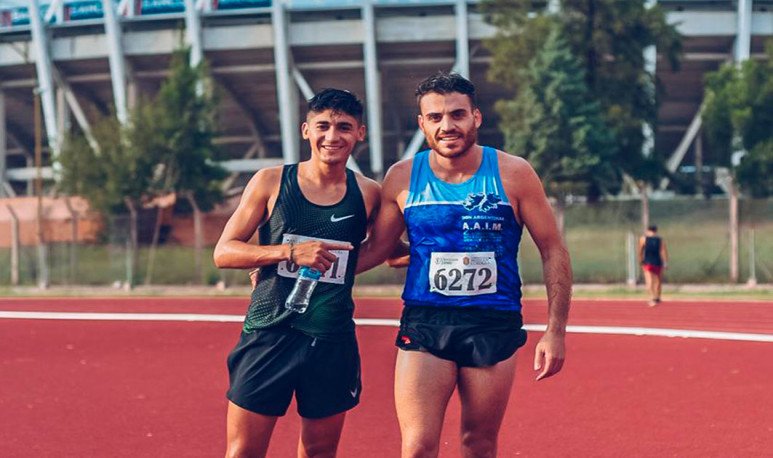 On Sunday 14 March from 8.00, at the   stadium Mario Alberto Kempes   from the Cordovan capital, a special test “Desafío 10 thousand meters” was held, which was also a tribute to the historical phonists of that province: Fernando Ciccarelli, Luis Oliva and Gumersindo Gomez.

Several of the best   phonists   of today they were meeting for this test, looking for their status for the great national and international competitions that are coming. Among them were the ascending local athlete   Bernardo Maldonado   , the outstanding   marathoner     Pedro Gomez   and the chubutense   Eulalio Munoz   , who a few months ago was only 2 seconds away from the national marathon record brand and ratified the minimum for the Olympic Games. Other registered athletes - with a good record in 1500, 3000 and 5000- were   Fabian Manrique   and   Jose Zabala   , in addition to the recent winner of the Mendoza half marathon, Antonio Jesús Poblete. In   ladies   was the national recordman Rosa Godoy. 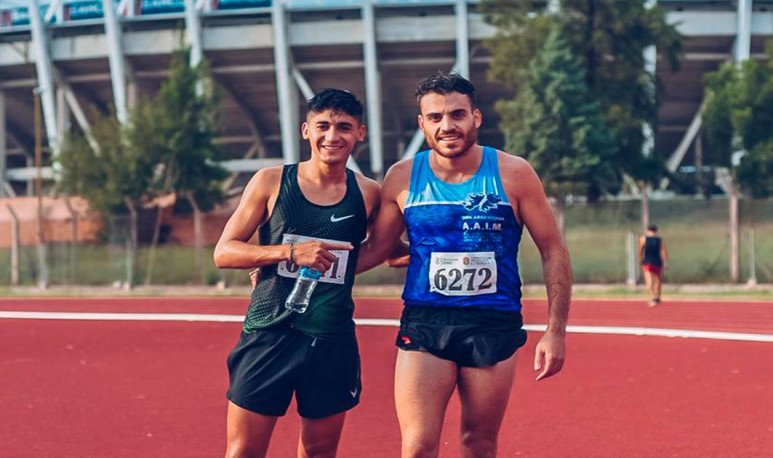 The test was done in tribute to the Cordoba phonists who represented the country at the Olympic Games and had outstanding international trajectory:

Born on July 18, 1905 he stood out as a young man and reached the national titles of 5,000 and 10 thousand meters in 1926 with 16m04s6 and 33m51s0 respectively. That same year he participated in the South American of Montevideo, whose background tests were dominated by the Olympic marathon runner-up, Chilean Manuel Plaza. Ciccarelli achieved bronze medals in 3,000 and 5,000 meters, and fourth place in 10 thousand. The following year, he was runner-up of 3,000 in Santiago and also participated in 1929 in Lima, escorting José Ribas in 10 thousand meters and achieving the bronze medal in the cross, in addition to 6th place in 5,000. On June 16, 1930, he established the time mark with 18,200 meters. In those times when Juan Carlos Zabala and José Ribas reached the first international levels, Ciccarelli also achieved important wins and in a memorable 1931 South American at the Gymnastics and Fencing track, where Argentine athletes hovered the background titles, Cicarelli was the champion of the cross country. Two years later, in Montevideo, he added new medals: runner-up of cross and bronze in the 32 km route race, won by Plaza and with Ribas runner-up. In the evaluation tests for the Olympic Games in Los Angeles 32, Ciccarelli showed himself in very good shape: on May 27 he improved the 15,000 meter mark on track with 48m27s0 and two weeks later, the 25,000 meter mark with 1m23s13 (also that of his pro 20 thousand meters in 1h05m57s4). And so he was included in the Olympic formation: in the same race in which Zabala reached glory by conquering the marathon, Cicarelli took 17th place. In addition, it was 12th in the 10,000 meters.

Born on June 21, 1908, Oliva joined athletics after serving military service and the great master who was Federico Dickens guided him in his first steps along with that remembered generation of Cordobish athletes (Bianchi Luti, Vallania, Buttori and other heroes of his time). In the aforementioned Suadmerican of 31 in Buenos Aires, Oliva reached his consecration by winning the 3,000 flat meters with a record of 8m.46s.8, in front of Chilean Belisario Alarcón, “Zabalita” and Roger Ceballos. Zabala, a week later, regained South American primate (8m44s2), but in 1932, Oliva became the first to run below 8m40s, by dialing 8m39s8. He was also summoned for the Olympic squad in Los Angeles 32, but had to run a test that did not appear in our schedule, the 3,000 meters with obstacles, and suffered a fall in the qualifiers that forced him to leave. The following year he added another South American title in Montevideo (3,000 m by teams) and was a runner-up of 5,000 with 15m17s6, in a race won by Roger Ceballos. National champion of 10 thousand in 1935 with 32m32s0, was again elected for the Olympic Games in 1936, Berlin, this time yes in his dream of marathoner. An injury suffered a few days earlier forced him to leave in the middle of the race, as happened to Zabala. Oliva continued for some seasons active - was 3,000 national champion in 1938 with 8m50s2 - and then developed a fruitful teaching task in his province. He died at the age of 101, on June 30, 2009.

He was born on January 13, 1929 and his maximum performance was at the Olympic Marathon in Rome in 1960, where he won the 15th place with 2 hours and 23 minutes (in that race, Osvaldo Suárez -the great Argentine athlete of his time - was 9° with South American record record 2h21m27s). A few weeks later, both enlisted on the national squad for the first Ibero-American Championship, in Santiago, where Suárez made a triplet (5000-10 mil-marathon) and Gómez escorted him in this race that, by mistake, developed over 44 kilometers. Gómez had already won three times the national title of the 10 thousand meters (in the version of the CADA Championships, in 1956, 1957 and 1958, and was also a 5,000 champion). In 1961 he attended the South American of Lima, also dominated by Suarez, achieving 4th place in 10 thousand meters with 31m27s8 and 6th in marathon.

Basketball and empowerment came together to symbolize an image