On this occasion it's up to Club Atletico Nueva Chicago, emblematic inflated if any. 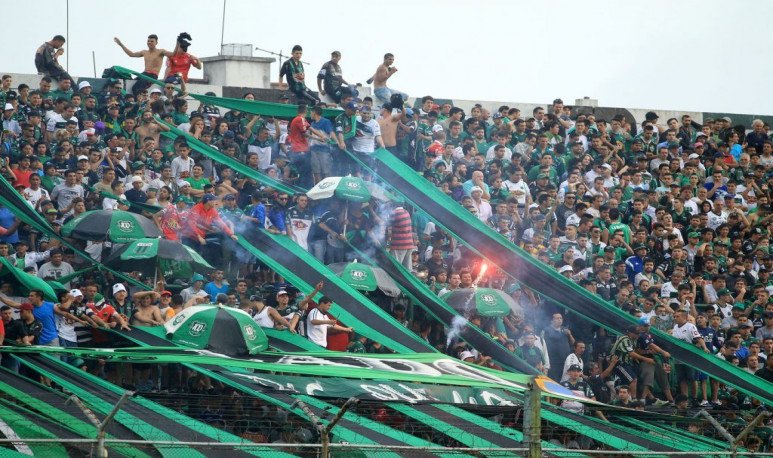 Dear readers of Ser Argentino, at the request of many of you (this seems in joda but I assure you that it is true, so I take this opportunity to thank you), I present another installment of Contemporary Poetry (if you want to see the previous ones you can do it Here, here or here). In this case I wanted to pay tribute to a small team like the New Chicago Athletic Club. Without further ado, let's go to poetry. The topic starts like this:

I'm re crazy, re drugged up the hands

I can not add anything. I think it's a sublime first line. It brings us into the climate and speaks to us of the poetic voice with a striking precision and capacity of synthesis.

the River people I saw

all screwed up . Is there a better word than “refugees” to put in that verse? Isn't it perfect not only in terms of rhyming with “sides” and “pooped” but, and especially, in terms of the polysemy it involves? Don't they exploit meanings? An unsurpassed verse. But that's not all:

the drunks and the academy can't believe it

I leave the first word without the final “s” because that's how the people of Chicago pronounce it and that's how it works best in the metric of the poem. It shows that whoever wrote it knew what it was doing. Now, what you're wondering is what fans of River and Avellaneda Racing Club can't believe? Have you ever heard a Chicago song? It's not time for elucubraciones, the answer is in the following verse:

that this band is re crazy, no one can run

Well, it wasn't so amazing either. Anyway, hyperbole is absolutely allowed in poetry. In fact, perhaps even one of his most important tools. Little by little we're coming to the end:

that this crazy band wants to celebrate.

He fell a bit at the end, I'm not gonna lie to you. Anyway, one last thought: although Chicago is not one of the teams that move me the most, the fact that it associates itself so directly with a neighborhood, that it is such a perfect metonymic process, does not stop giving me a smile. Let the Slaughters' gang celebrate. He deserves it.