The space in which we stop the ball (what a metaphor, huh?) and poetically analyze the latrystics of the songs of our stadiums. 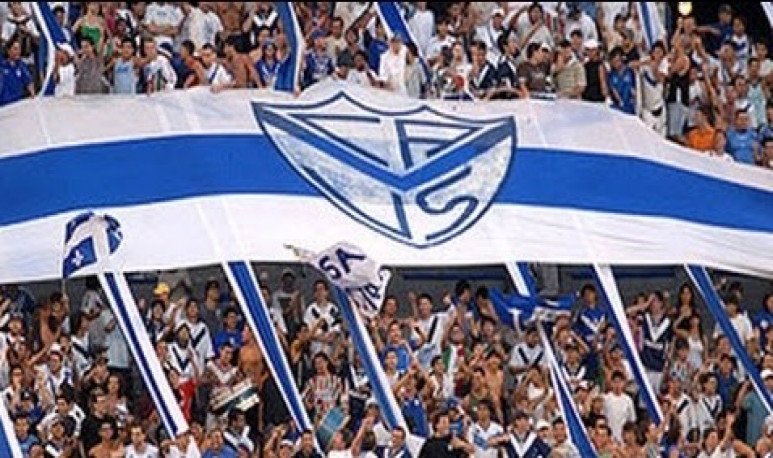 By: Hipolito Azema
Dear poetry lovers, followers of Ser Argentino, football fans, I have good news. In this emotional act, I present to you the third volume of Contemporary Poetry, the space in which we dedicate ourselves to stop the ball (what use of metaphors, huh?) and poetically analyze the lyrystics of the songs of our stadies.In this case, although I know that some are going to get angry, I bring a song from one of the paintings I fall worst: Velez Sarsfield. Luckily there are not going to be many who will get angry, because all the people of Velez fit in an elevator. Anyway. Let's start. It says like this: 100 years of madness,  to always follow you everywhere. 100 years of madness is a lot. Nietzsche couldn't stand 15. It must be inhuman torture. Well, watching any game in Velez is. Following him everywhere I don't even want to think about it. Everyone chooses how he wants to flogge himself. You're a feeling, a love that I can't explain. While it is well known, that is not why the moles of the inexplicability of love loses its power. If there is something that is not explainable, it is love. In fact, we usually fall in love with people who do not suit us, who hurt us, who do not return us with the same coin. Vélez fans: I understand them. They had to fall in love with that horrible painting. There are worse things. Or not, I don't know. The day I die, fortinero you're going to listen to me, because you're my life and from heaven I'm going to encourage you. This is another common place for Argentine football poetics and I think it is an excellent time to analyze it. I understand perfectly the idea of a love so deep that not even the concept of death can make it a dont. Okay. I buy. Now, how are you so sure you're going to heaven? What if there's nothing? What if after the light at the end of the tunnel we finally left with the emptiness that the nihilists preach so much? Besides, assuming you're actually going to heaven, don't you have anything better to do? Don't you prefer to talk to Mandela? I think the fourth song comes San Pedro and you apply the right of admission and you're going to sing to hell. I think about it. We already won the Copa Libertadores, ooh, we left life for these colors, ooh, First verse: an indisputable reality. Well raised, well solved. Cortito and foot. Second verse: The line of the opinable is already opened. I would advise you, boys (and girls, why not), not to leave life for colors. If you are from Velez, besides, I advise you not to leave a big mozzarella for the colors. But there you guys. We're in a free country. The gang is cheering on the boards, for us to come out champions again, ooh.  I don't know here anymore if there is a well-worked anachronism or if it is lack of ingenuity to aggiornate. Amalfitani has no planks for several decades. One of two: or that is the explanation of the shortness of breath of the people of Liniers (will they have been puzzled by the lack of wood in the gallery?) or they stopped striving in the poetics of songs. Whatever the explanation, a deleznable attitude. Although journalism hasn't accepted it, ooh, we're big has already been proven, ooh. Well, anyone who throws against sports journalism, a priori, has my go-ahead. But it has been proven that they are big is another thing. In fact, just as Borges said that in the Quran there are no camels because the indisputable truths do not require to be defended, the mere fact that they sing that “it was proved that they are great”, in fact what he says is that it was not proved at all. You don't want this verse, boys. Well, what doesn't suit them is being from Velez. The centenary of the blue V comes, this whole band out of control, it's partying, it doesn't matter anything. The first verse, beautiful. Looks like Ruben Dario. A bit anachronistic the use of “centenary” and “bluish” in a 21st century song, but it is a good way to rhyme with “uncontrolled” and “nothing”. Although in the third repetition there is a little cacophony, I would change the “uncontrolled”, perhaps, to continue in the tone, for a “watch”, but well, I'm not who. Last comment for the “nothing matters”: following Bajtin and his idea of carnestolenda, in which carnivals are a time of year when hierarchies are dented and the king is on equal terms with the beggar for a few hours, I understand the satisfaction that can mean that nothing has value anymore, because what is eliminated is the responsibility involved in the hierarchy. In this case I bank it more than ever, because to be a fan of Velez you don't have to care about anything. At least, you have to forget about well-played football, epic and history. That's not a little.

What does comer sano mean?

Argentines around the world - Paco Savio

Argentines around the world - Esteban Minoyetti

A big one of those who no longer exist

Travel to the center of everything