The analysis of what left this year in Mendoza the activity of women's football, which grew in all corners of the world. 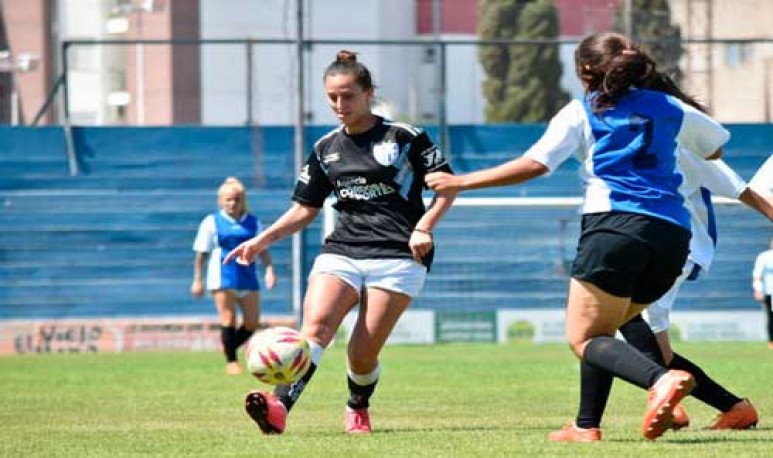 Women's football is growing by leaps and bounds in all parts of the world.Even in  Argentina , where after so many struggles  it was possible to move to the  professionalism  in what was not only a historic achievement, but also gave them the prominence and recognition they deserved.

In the province of Mendoza the process of giving place and developing the branch began firmly just over three years ago. Since 2016, with some successes and other obstacles in between, the ball did not stop rolling on the courts of Mendoza football. In November closed the seventh tournament organized by the League, which has undoubtedly grown footballally, largely due to the dedication of teachers and  players , but alson has had its negative points.

In terms of football, the individual and collective capacity of many teams is significant compared to 2018. While there is still a very large gap with Godoy Cruz “A”, which was unbeatable in the last Clausura, from third place down, the contest is more even.This goes hand in hand with the possibilities offered by each institution .  Because teams that really have full support from their leaders are counted with the fingers of one hand and only have to worry about playing. On the other side we find  players  who must be thinking of raffles, selling empanadas or in some way of getting money to solve the excessive prices of the League's payroll.

It is incomprehensible that, for the latter, the number of teams increased from 22 in March 2018 to 12 September 2019.  The numbers imposed by the Mendocina League are impossible for the players in the situations mentioned above .Today, between the payroll ($4510) and the doctor on the court (not down from $2000), girls have to pay more than 13,000 pesos per month to be able to play. Not counting license renewals. The biggest failure of this year of course was the absence without reason in the National League, where Mendoza was runner-up in the last two editions.

To continue with  football growth , it is necessary to rethink some aspects at the small table. The blame is shared: there is no commitment from club and league leaders. The level that we see on the courts has resulted in national calls and in that the professional teams of Buenos Aires, follow closely several players from the local level.

There are clear examples, such as the costs handled by the Rivadaviense League, that the institution can be carried forward.But there is a lack of greater commitment, a committed women's football department, which serves its protagonists .

That way, local football will continue to grow and we will not just boast of saying that we had “the first league with women's football from the interior”, but we are the best league in the interior of the country.