Colón qualified in Brazil to 4000 people after a penalty definition, where he ended up getting a pass to the Copa Sudamericana final.

The  final  was a very difficult   match   played in a torrential  rain  , which forced to stop the match for an hour. In   La Nueva Olla ,   Colón  fell 3-1 against Ecuadorian team  Independiente del Valle  in  Paraguay  . Despite the  defeat,   Santafecinos fans  feel victorious.

The sabalero fan is passionate about  inheritance . Entire families gather in stadiums and in front of the TV to encourage Columbus. So are the Yossen brothers,  fans  of this team.

“The day we went to the  final  we hugged and started to cry with my  friends , because it was something  unique  , that you don't know if it will be repeated again. What a nice thing I lived, what a luxury to happen in  history ! We lived it at home and the nerves before the match, the excitement, was  everything ,” said Justo Yossen,  Columbus 's lifelong fan.

The  city  was deserted that  Saturday  and the  red and black  flags were flaming around the city. The empty streets, the  houses and bars  full at 17:30, all with your heart in hand in front of the  TV  . At that time, partisan pettiness did not matter, they were all  Saintafesinos  and represented under colors of pride and belonging.

Not only was the last date of the  Copa Sudamericana  played for the  Sabaleros  , but it was the first time that his  team  reached this  international final  in its  history  .

“When they went out to  sell  the tickets for the  final  , the first batch sold out in less than  a day  . People were very  moved and excited.  After the  match and the struggle of  losing, people realize what the team did, what they achieved and how important the conquest was,” said  Estanislao Yossen , the Santafecino fan of  Columbus.

Despite the historic rivalry between  Columbus and Union,  the arrival of the  Sabaleros  in the  final  seems to have brought all the  Santafecinos  together under a single flag. Despite this shared feeling, “it is true that the  Union  fan slightly affected him, but it is normal,” said Justo. It was a  historic  day where the whole  city  lived a minute by minute a  game  for  remembrance  .

“  People  were  happy  and there was a lot of nervousness in  the city  . People fired  players  no matter how  rivals  , because the city began to be all from a single team that represented us,” said Estanislao. 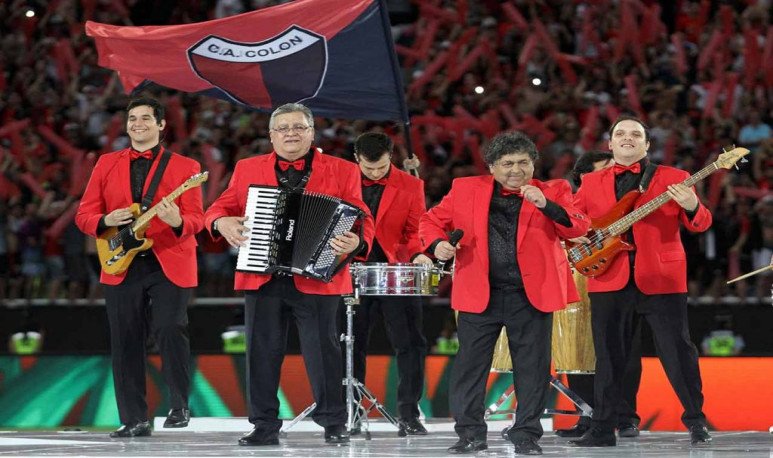 In  Nueva Olla  everything was a  red and black  party where, minutes before the match, began to play the legendary group of cumbia  santafecina   Los Palmeras  , with their already consecrated theme “   Bombó n murderer  .” Then they followed up with a song very appropriate to the occasion. His refrain reads: “ I am a savalero, savalero, savalero ...”

People  in the  stansy stands sang  these hymns and  cried  excited on the court.

“In  Paraguay  they were all very happy, the feeling was of  joy,  of  celebration  , a feeling that is very difficult to explain, the passion of the  Columbus  fan,” said Estanislao.

Despite the rain, there was no one who watched the  party  in Paraguay to a group of  Santafecinos   fans  who, regardless of the inclement  weather,  were stoically standing covered by  flags  with the  colors  of the  team  that  love .

This  historic  match meant a lot for such a suffered team that has been having problems to overcome the relegation.

“ We  suffer a lot: several descents  , that the club is close to breaking  and other problems. This was a very important download and that   Columbus   classifies in    Brazil for the  final I enjoy it and will continue to enjoy it for many  years . I would have liked to have been  champion , that would have been the crown, the strawberry of dessert, but that's not why we stop being  happy about what was achieved,” said Estanislao.

Many believe that the team had not prepared to play the  Copa Sudamericana  because it is concerned to fight the  relegation  . “ Columbus  is complicated with the league averages  ,” Justo confirmed. 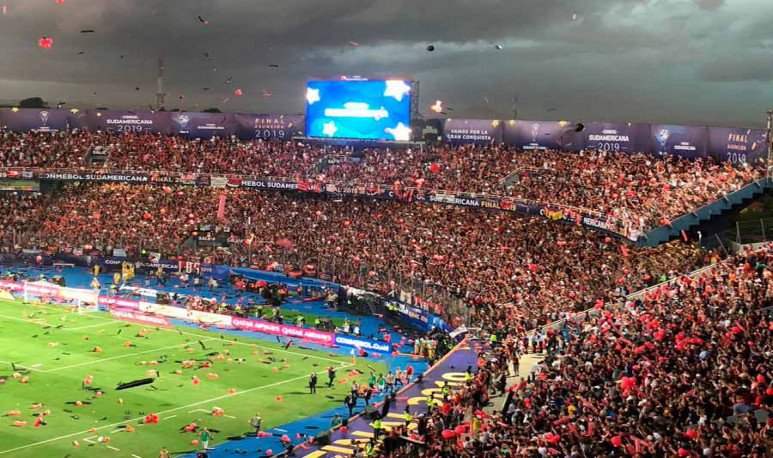 A milestone in the history of the club

Contrary to what many might think of a disillusioned fan, the story is another for passionate savaleros: “You could not  win , but the feeling you have left is to be  very  happy and happy after having lived what was lived,” he concluded Stanislaus.

Colón has  114 years  of history and is the  first time  to have reached this instance in an  international final  . More than  40,000 savaleros  traveled to  Paraguay  to encourage their team.  Defeat and inclement  weather seem little to matter, because the  savalero  is a  fan to death  .

“The  final  for me that I am a fan of  Colón     was, is and will be the greatest we could live in the  history  of the club. We had to wait  114 years  and many generations passed and they didn't have the chance, and we won't know when we'll have that chance again. What was lived both in  Santa Fe and  Argentina was a revolution on the  savalero side,” Justo concluded.