The Pampeans celebrated the anniversary of Club Ferro, the most popular in the province. We invite you to take a tour of its history. 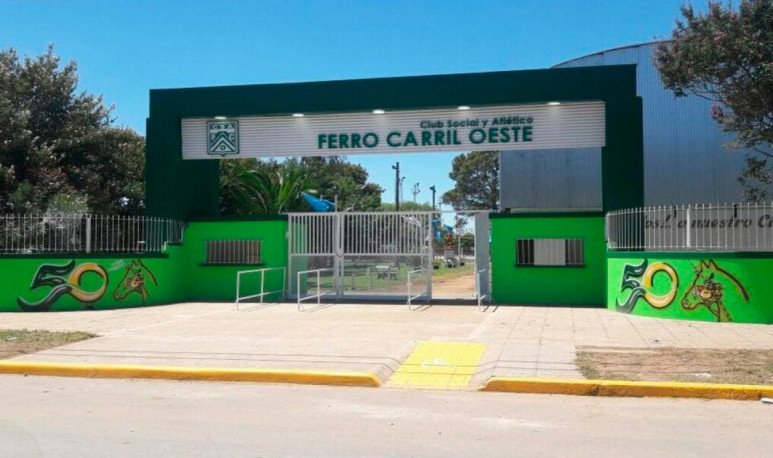 The passion we Argentines feel for football is something that runs through our veins. And not to mention when we have a special bond for a particular club . We suffer in our own flesh their falls, but we also share with them their joys and battles won. Moved by this passion, all the Pampeans celebrated in June the 86th Anniversary of Club Ferro, located in the city of General Pico (La Pampa).

This club, known to all as the Ferro, has become the pride of provincial given its sporting achievements.The pride of that shirt, the key matches, the grandstand choir and the roasts between teammates are something that the club community misses a lot during this period of social and preventive isolation . And, in such an important month for the Ferro, mass celebrations were not possible. For this reason, in Ser Argentino we wanted to pay a small tribute telling a bit of history and its triumphs throughout these 86 years of existence.

The club was founded under the name Club Sportivo Costanero, on June 24, 1934. It was born as an initiative of a group of parents and neighbors of School 11, in the Talleres neighborhood of the town of General de Pico (La Pampa). These were promoted by Professor Juan Humberto Morán, to create a sports space for all the young people of that city. In addition, they counted on the collaboration of José Ferrini, Otto Suta, Raúl Aragón Neyra, Martin Quiroga, among other important figures from the then well-known Pampean town.

Lessthan a month after its foundation, it was merged with the Talleres Club , promoted by workers from the West Railway workshops. Since then, it has been named Club Atlético Ferro Carril Oeste, in honor of that branch of the train that passed through the city.

One of the most unforgettable victories for the club community was their triumphant participation in the 1984 National Tournament, of the Argentine Primera División Nacional de fútbol .In this tournament, he beat the Athletic Club River Plate 1-0. This result allowed him to participate in the Copa Libertadores of 1985. In order to get there, he first achieved the qualification in the Regional Tournament that same year, along with Atletico Ledesma, Atletico Uruguay, Estudiantes (Río Cuarto), Olimpo and Unión (General Pinedo).

The decades between 1987 and 1989 also stand out. During those years, the club was the only team in the province of La Pampa to play the first category of Argentine football and first B Nacional. In addition, he was the top winner of the Provincial Football Tournament, with 4 cups obtained.

We know well how competitive and passionate our football is, and that is why many of the best players in the world leave our country. The fact that a club reaches 86 years is a great example of perseverance, dedication, commitment and, above all, teamwork.

The Ferro does not stop

Even in this difficult context caused by the pandemic, the Ferro celebrates its 86th Anniversary.In this way, they try to adapt gradually to the new everyday life that the COVID-19pushed them to . So he has resumed some of his sports activities, but with extreme safety and hygiene measures.

Everything continues to revolve around the purpose of its foundation: to provide a sports space suitable for the young people of their city. This 86th anniversary was a perfect occasion to strengthen this goal. That is why we hope you had a beautiful celebration from home. And let them come many more years ahead!