Closing without wins in Singapore

The Argentine Sevens team couldn't keep track of the first day of competition at Singapore's Seven. 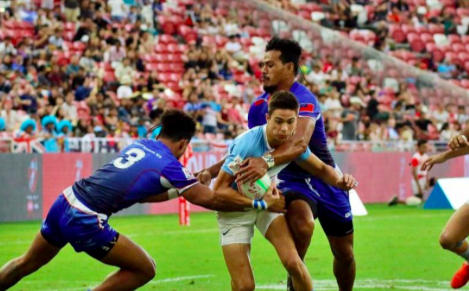 Argentina's Sevens team failed to maintain the good pace of the first day of competition at Singapore's Seven and was eliminated in the semifinal of the Silver Cup after losing to Samoa 14-12.

Previously, in the quarter-finals of the Gold Cup, those led by Santiago Gómez Cora had fallen to the United States by 12 to 10 in a match that came very close to winning.

Thus, Argentina continues in eighth place on the World Tour, which is led by the United States with 145 units.

The next stage for the national cast will be in London, while a week later in Paris will be the close of the season.