Home People Sports Clara Rohner, the lady of the rowing

The rosarina that marked a milestone in Argentine rowing, one of our main amateur sports. 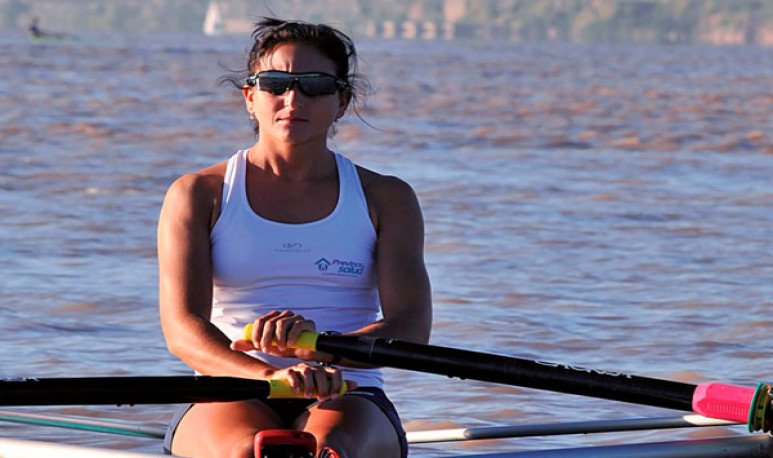 In the middle of ravines, viewpoints and nature, the Paraná River witnessed the birth of large rowers. All of them, later, brought their talent and passion for the world. From Justo Pellejero, the remembered Alberto Demiddi to Mario Cejas and Gustavo Pacheco. Historically, rowing  was always the protagonist in the city of Rosario. Not for nothing is one of the disciplines that most local athletes contributed to Argentine history in the Olympic Games . However, of the 44 Rosarino athletes who have their name written in the Olympic book, only two are women: Maria Gabriela Brest and Clara Rohner. The latter, Rosarina, after retiring from the activity in 2016 became the first woman to train the national rowing team. Today, he works with the Argentine team in the Dakar 2022 Youth Olympic Games process.

Despite developing in a professional sports field in which the male presence is greater, Rohner's curriculum is enviable for many men. It includes the 2012 London Olympic Games, Argentine, Pan American, World and South American Championships. That is, there is no doubt that rowing is a sport where the male sex predominates , because of the characteristics of the sport itself. But Clara always remarks that doesn't mean that a woman can't do it.   She always felt that anyone who has determination and passion for what they do can achieve what is set as a goal.   With that mark, and despite having more importance in males, her profile led her to reach her goals. It also notes that all the coaches and teammates she had always made her feel comfortable. Today you can share the values that sport gives to train young people in the best way.

From the rowing does not turn

Beyond the fact that Rosario's northern coast is its place in the world, Clara says her first contact with rowing came almost by chance. Apparently, the first time he got on a boat was in 2001, while he was doing another sport. I was practicing skateboard. At the club they invited her to row because they saw her conditions. They weren't mistaken . From the first day he climbed a boat, Rohner felt that symbiosis with the Paraná River and nature. It's like, since that moment, he wouldn't have gotten off anymore.

Whenever he states, he leaves his opinion on  why the city won its place in the big history of rowing worldwide.   There are many clubs in Rosario, and this has to do with it. Also, Clara says, the whole culture related to the river is important and all rosarinos enjoy nautical activities a lot. It is that passion that is being passed on from generation to generation. That may be the reason that the city of Santa Fe has many former Olympic rowers. It's like a legacy that goes from year to year, almost like an inheritance.

Over the years, Rohner became a benchmark for all those girls who are just starting in the sport. Without believing it, she says the important thing is the passion to do. It is knowing where we want to go and maintain values when teaching.

It is known that  the woman has a lot of things to give to the sport in general . Perhaps today it seems obvious and even a phrase from a macho player who opened his eyes . But the crude reality is that the female sex has been systematically invisible in important sports competitions. People like Clara Rohner prove the grave of that historical error.

Laguna Azul: the base for water sports