The World Cup Galdiators appointed by the coach Chains, will play from this Friday the World Cup in Germany and Denmark. 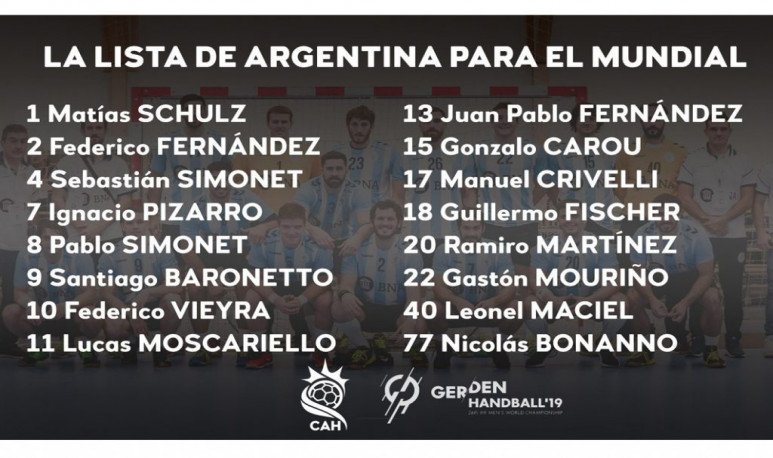 Of the 18 Gladiators who traveled to the preparatory tour in Europe, in which the Argentines played friendly with Germany (defeat at Kiel) and Czech Republic ( tie in Prague), were left out Andres Moyano and James Lewis Parker.


The Gladiators will make their debut on Friday, January 11 against the Hungarians. They will then play on Sunday 13 against Sweden, on Monday 14 against Egypt, on Wednesday 16 against Angola and on Thursday 17 they will close against Qatar. The top three in each zone will advance to the second phase.


Argentina's best historic position in an Adult Men's World Championship was 12th place in both Sweden's 2011 and Qatar 2015 tournaments.