It is just over four months that the Cordovan did not wear the Albiceleste jacket of the selection due to their differences with DT. 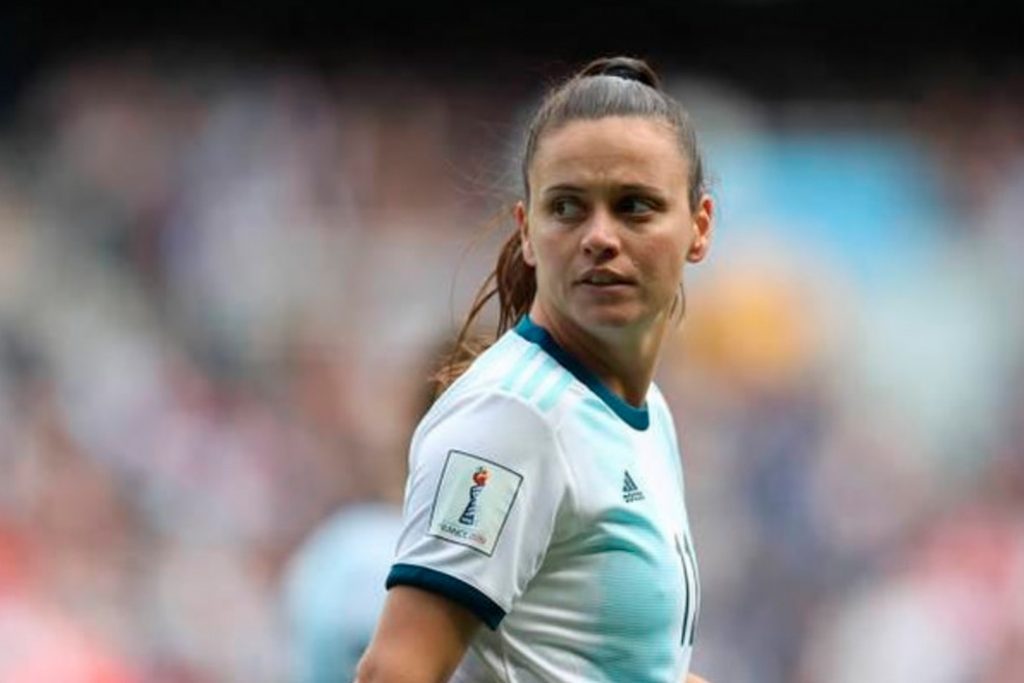 The Argentine women's team closed a few days ago one of the most important years in its history. With the unprecedented performance in a World Cup, the first medal in a Pan American and the great visibility . This 2019 was the takeoff of the discipline in our country. But there is a spot (or mole) that still leaves a bitter taste and takes away power inside the court.

On July 15, when the list for the Lima Pan American Gamescame out, three major players were missing. Among them, Captain Estefania Banini. The Cordovan Florencia Bonsegundo was summoned, but decided to get off in solidarity with her companions. According to them, coach Carlos Borrello “erased” them from the team. His reason was that it leaked that a group of players wanted a change in driving.

That day, Morteros's native posted this message on Instagram. “While 18 companions put up the bag for the Pan American Games, I decide to remove myself from that list. The reason for this difficult and painful decision is for not sharing the decisions of that technical body. Those who are not up to or up to the level that a selection requires. Where the players had to face not only powers within the court but also the lack of solutions outside the court. We need professional people, who put differences aside by supporting what a group needs. And not crossing out referents for raising their voices,” he wrote.

They passed just over four months of that turbulent day and there's still been no change on either side. After the tournament in Lima, the team played two matches in Brazil and then in November faced Paraguay and Colombia. The Borrello's words were always those of wanting to “see other players”, think of “renewal”, and that “here is not deleted no one.” While these phrases can be discussed by analyzing in detail each call. Bonsegundo's case is different.

The coaching staff of the Albiceleste was last weekend in Córdoba capital, watching players for the major and the sub 20. It was two intense days where almost 200 football players from the Cordobesa League and the region were tested. The coach of the national team commented on the situation of Florence Bonsegundo:

“ It is a trite subject that is already closed. I summoned her and she didn't come. I didn't kick one out. Three were not quoted, and one was, and he did not come,” tore off the DT.

Erase it again insisted on the discharge by the decision of the Cordoban. Noticably it was not well received by the technical staff, as was the download of the player. “Not coming to the selection is one thing... you have the right, but you have to take care of it. Also from the words that are said,” he added.

Finally, when asked whether there was a possibility of a conversation between the two to file roughnesses, DT ruled it out. “Here is a relationship of coach player, I have no other type of relationship. I just respect. There's no friendships with her or any of them. We're big.

4 parks not to be missed in Palermo
Yes you can see
The Chaku, a sustainable tradition
The Argentine who bought a house in Sicily for 1 euro
Argentines, to things
The master Osvaldo Pugliese
“Symbiosis in Resonance” arrives at Catamarcan theater
María Rosa Yorio put rock on feminist literature