Bye geniuses! We left three grand from our beloved football. We will always remember them as 3 impeccable, wearable and highly respected guys. 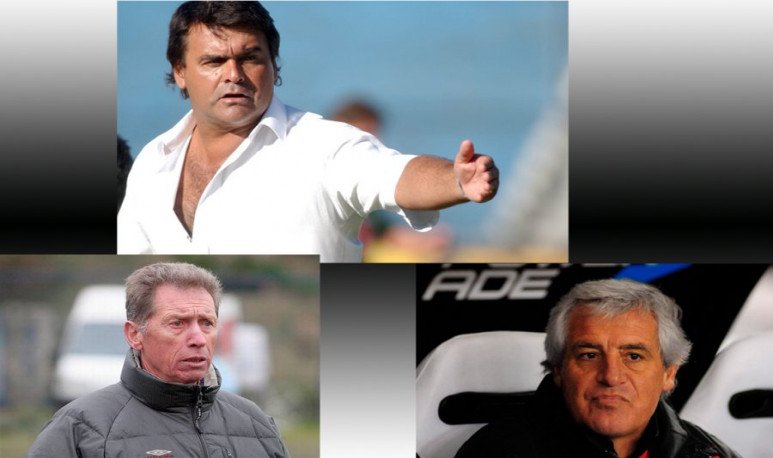 Bye, guys. Thank you for all  football .

“The tata.” What can be added about a guy that holes the shirt to tuck a finger and hold a broken arm, and so do not leave the court in a final? “El tata” entered the back door to the Argentina champion of the 86. Replacing, nothing more or nothing less, than Daniel Passarella. He felt the call from the shirt and did not disappoint. One of the pillars of that world championship. He said he was satisfied that  Bilardo  had summoned him. A big one in and out of the green field.

What can also be added from “El Cacho” Malbernat? The captain of a multi-champion students of La Plata. Metropolitan in 1967, Copa Intercontinental 1968, Libertadores 1968, 1969 and 1970. Left-back with Ramón Aguirre Suárez, Raúl Madero and Eduardo Luján Manera. Look at what children... He had already expressed his qualities in Ignomiriello's “The third that kills”. Runner-up of 64 and champion of 65. From jugadro he jumped to coach and he also did very well.

Like “El pimp” Rivoira. A guy who started as a player in River, and who shone on the rise. Where he would also be one of the most recognized technicians. He directed Ituzaingó, Nueva Chicago,  Chacarita , Quilmes, Quito League (Ecuador), Cordoba Institute, Ferro, Atletico Tucumán,  Hurricane , Rosario Central and Olympus of Bahia Blanca. He was one of the few technicians who managed to bring 3 teams to the highest category. Chaca in 1999, Institute in 2004 and Atlético in 2009.

Different diseases took these three very young guys. I shouldn't have sweated yet.

“El pulo” had his homage on the Atléticoo court. A drone walked a flag with his face. It wasn't for less, after he made him ascend twice.

The “Tata” was honored on every court with a minute of silence. And the captains of the teams came out with special, hole-out t-shirts, which will be for José Luis's family.

From Ser Argentinean, go our humble memory to all three.