Monsoon, Baldomir and other great boxing champions were formed by this legendary Santaffese character. 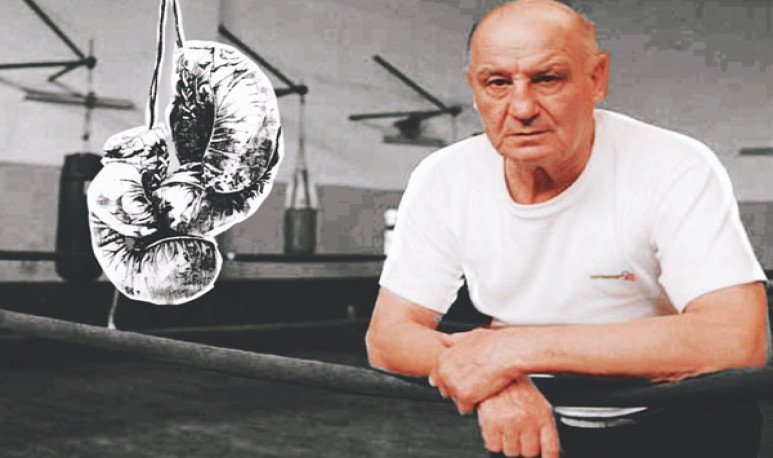 Amílcar Brusa was a very famous boxer trainer all over the  world . He has as his business card to have taken one of the greatest of all time to the world championship. We're talking about the great Carlos Monzón, who retired as world champion. But, after Monsoon,  Brusa managed to take 14 other boxers to the world top. A real champions maker .

For more than half a century, this santafesino erected himself as a true master in the teaching of the art of boxing. In the end,  he managed to get young people off the street, turning them into men with a worthy future.

Amílcar lived with his family, in the rural area of Colonia Silva. It was a rich region of northern Santaffesino. They say that, as a teenager, he had little attachment to  books . Despite his physical strength, he did not want to work in the countryside. Then his father called him and in the course of a pleasant and positive conversation surprised him when he said: “You don't like studying; you told me that you don't want to work in the field either, because you ruin your hands in the agricultural activity...  if you like boxing, go ahead, I bank ”

In just five fights, two years later, he won his first trophy, novices. Shortly after, the first match for real beans came: the final of the Golden Gloves tournament in the Heavy category. He lost to Rafael Iglesias, a classic of the time. Big Brusa, during his boxing activity , played in the heavy category , making him an amateur between the ages of 22 and 26. He played 30 matches.
Forming a giant

In the early 1960s, the Master met  a 17-year-old boy in the gym of Unión, with seven fights in the amateur field. He was hungry for glory and also for the other , because his stomach was almost always emptier than full. The boy went to ask him to be his coach. He was born in San Javier, lived almost eight years ago in our city and his name was Carlos  Monzón .

They never split up again. By the hand of Brusa and, with the Maestro in his corner, Monzón did 80 amateur fights and 100 as a professional. Moreover, in the three defeats of Carlos as a rental, Brusa was not with him, as he was taken care of by Genaro Ramusio, who worked with Amílcar at Luna Park. “I never saw him lose in his rented career ,” Amílcar was always proud to remember the 17 years he shared with Carlos, from his beginnings as an amateur until his retirement on August 29, 1977, as king AMB-CMB median.

After Monsoon, Brusa pulled out  14 other professional world champions in boxing . Five of them were born on Argentine soil, six on Colombian coffee soil and one in El Salvador, Dominican Republic and Venezuela, respectively.

Six pugilists led by the experienced driver won the Latin American crown; one boxer was South American champion; another from the Hispanic World; seven professionals held the Argentine title and 14 in the amateur field.

Amílcar Brusa died on 27 October 2011. The box-champions maker was hospitalized several days ago in the Mayo Sanatorium in the city of Santa Fe, where he entered for a respiratory condition. Unfortunately, with the passing of the days his situation worsened . The end found him surrounded by his children.

Following a project submitted by a national deputy and approved by the Chamber's Sports Committee, he was honored “for his  prestige  and world trajectory in the status of professional boxing coach.” The legendary coach was also distinguished by the World Boxing Hall of Fame, which aims to recognize and honor professional boxing greats and people involved with the activity, who stood out in and out of the ring, as contributed to the history of the sport. Brusa  also entered the International Boxing Hall of Fame  (IBHF) in Canastota City, New York, on June 10, 2007.