In their last home performance, the Lionas equaled 1 to 1 against Australia and took the bonus point in the shoot out after beating by 3 to 1. 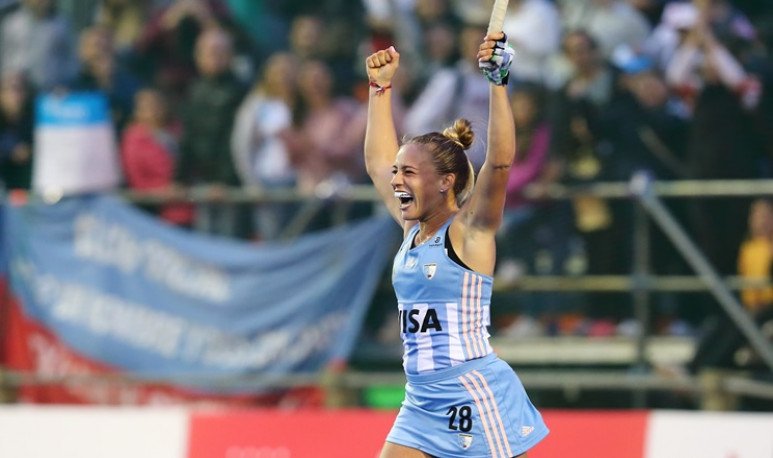 The Lionesses once again showed up at home. On this occasion the stage was again synthetical of CeNard and it was for the  last date of the FIH Pro League  in local condition. And although they could not be the three points for those led by Carlos Retegui, who came from a row of six games won,  they kept the undefeated, added two points and stay well up-seconds-  facing the final stretch of the international competition. There  are only five dates left and the first four will qualify for the Final Four  to be played in Holland at the end of June.

Australia started more incisive and in just two minutes had the first short corner that resulted in a second chance that Maddy Fitzpatrick managed to capitalize with a powerful dragged, leaving Florencia Mutio without chances. The ones led by Carlos Retegui quickly had a short corner, but Carla Rebecchi was not fine in the definition.  The visit thus closed the first quarter with an advantage of 1 to 0 .

However  Argentina went to the second half with the intention of reversing the disadvantage  and at 18 minutes Silvina D'Elía stamped the 1 to 1 with a strong direct hit that diverted on a rival stick with nothing to do for Rachael Lynch. On the closing of the second quarter, the two teams had a short one side, but on both occasions the defense responded well.

In the complement was more Argentina , at least in situations in attack. At 37 minutes Eugenia Trinchinetti tried his hand with a backhand shot that was lost at the bottom line. Seconds later Micaela Retegui had in her hands a direct shot to the bow, well solved by the Australian goalie. On the closing, Julieta Jankunas's bombazazo could not be a goal.

The last minutes of the match became exciting for both sides  with a short one side a detour from Retegui who barely had no goal destination. Finally, they dealt a point each, but  Argentina took the bonus after the executions of Silvina D'Elía, Carla Rebecchi and Julieta Jankunas were effectivized  . Cristina Cosentina, who replaced Mutio for the definition was also key in the victory, containing the executions of Edwina Bone, Brooke Peris and Kaitlin Nobbs.

Careful! Fruits are said to get fat.

Did you know there is an Argentine Marquise?

The deadliest circuit in Argentina

“The Fat” Courage: Hero among the Thieves