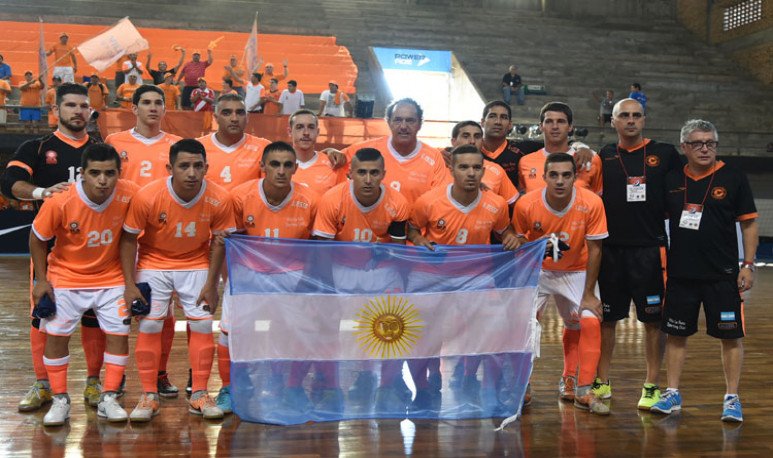 By: Roberto Morcillo
Villa La Ñata defeated Boca Juniors 3-2 this afternoon and won the first edition of the National Futsal League, the final phase of which was played in Ushuaia. Martin Persec, Lucas Ramirez and German Brizuela scored for the winner, while Alamiro Vaporaki and Santiago Basile had established partial ties for Boca. The match was played in the microestadio José "Cochocho" Vargas de Ushuaia, with capacity for 3,000 people. Villa La Ñata, who had former presidential candidate Daniel Scioli in the squad but did not play in the final today, will face next Thursday San Lorenzo, champion of the First A of the AFA futsal of Buenos Aires, to determine the representative of Argentina in the Copa Libertadores 2019. For third place, San Lorenzo defeated Gimnasia y Esgrima La Plata 3-1, with goals from Nicolás Bottini and Mariano Quintairos and Dylan Vargas; and Diego Mendoza for the "Lobo". The first edition of the National Futsal League was organized by the Federal Council of the AFA, which chose the Ushuaian Football League to organize the 12-team finals that ended today. The tournament involved 120 teams from 27 leagues in 13 provinces, grouped into six regions of play.