We tell you the story of a tennis player who breaks it. Worldwide, it represents all Argentines and makes the Cordoba famous as winners. 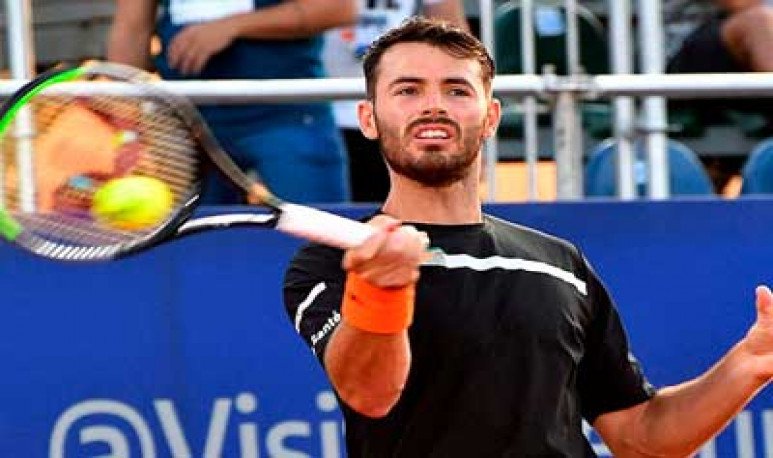 Successful, young, talented and sportsman. This kid was born to win, and you know that .   Leonino only  of Cordoba origin, was born in 1993 to bring glory to the country.  On August 15, one of the great tennis players in the top 100 of the world ranking was born.Juan Ignacio Londero: the athlete who keeps growing .  Defying himself every day and under all circumstances,  Londero  aspires to be the best of all  and surpasses himself at all times.

His competitive mentality,  his thirst for victory and self-exacting led him to start his career as a professional tennis player in 2010.And to become a winner of an ATP title and   top 50 in the world rankings. “El Topito” is the pride of his homeland: Jesus Mary .  However, its recognition is worldwide.His career faced him with world giants: John Millman, Albert Ramos, Nicolas Jarry, among others. Which gave him an abrupt step  towards international fame.

Since he was a little boy  , he accompanied “his old man” to play tennis. And I asked him to participate. His passion woke up early in the fields of Jesus Mary. The “Topo” spent  days and nights wandering with his friends around the premises of his club. Everyone remembers him as a  restless, stubborn and willful child.Without knowing it, they saw   something special in him:  a  I don't know what. That seasoning that would make him succeed .

El Topo  was almost forced to leave for Buenos Aires at the age of 15.  The possibilities in  Jesus Mary were few and his family could not banish him the career of professional tennis player. But obviously  he never gave up: he  went looking for sponsors and betting on a professional career. He started overcoming obstacles: diseases, injuries and lost matches. But little by little  he was getting a little bit of a hit. They say that what doesn't kill you makes you stronger, and  the Topito is a great example of this.

Among the family inheritances are  the hand for tennis and the nickname.“El Mole”, actually, was his dad's nickname and it remained to him .  But for those who saw it grow, it's  “The Topito.”And, for his family ,    “Tate.”

Today  Juan Ignacio Lóndero  does not understand defeat.After playing the games, he always analyzes them and continues to beat himself . He even received praise from Nadal and Federer, the  world's exponents  of this discipline  .Federer, one of the most important tennis referents  , said about Londero: “I think he's going to have a good career. He's a fighter. I saw him against Rafael Nadal at Roland Garros. He went two sets down, kept believing, and kept fighting. I respect that quality very much.”Finally: “He has a good right shot. He hides it very well with the grip. He moves very well. I liked what I saw.”But while these recognitions are  rewarding and encouraging,  El Topo uses other things. He makes his decisions,  continues to train every day  and  risks following his winning instinct.

Quarantine, for example, suits you perfectly. He says: “The quarantine was very good for me to think well, analyze everything and record some decisions better. It was a bit long, I would have liked it to be just a month, but if I look at it that way, the quarantine had its positive side.” He currently has  Sebastian Prieto  as coach and is in a  process of self-discovery.

We hope that all this  will  be reflected on the courts , bringing all Argentines to glory     , once again.  years.