We tell you a little about the biography of a golfer who was born on a day like today, triumphed in the world of sports, and quickly fell off the altar. 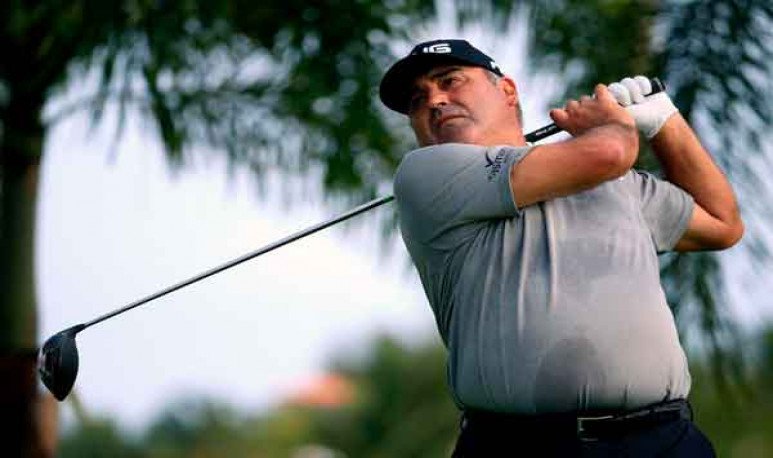 This is Angel Pato Cabrera, a renowned golfer who was born in Villa Allende  on September 12, 1969. This Cordoba plays mainly on the  PGA Tour of the United States.  Actually, on the circuit and  everywhere it is known  as  “El Pato” Cabrera.  So far, he had a prolific career: he won  two of the four majors,   the US Open in 2007 and the Masters in Augusta in 2009. With the latter recognition, he became the  first Latin American to obtain it and positioned Argentina in the world of golf internationally.

His beginnings were when he worked as a caddie at the  Córdoba Golf Club in Villa Allende.  From there also came the successful Argentine golfer Eduardo Romero.  Who, between talks and games, would become his mentor. At the age of 20, he became a  professional golfer.  On his fourth trip to Europe he managed to qualify for the 1996 European Tour. That would be the beginning of an  unforgettable race, full of awards, awards and recognition.  In addition to an unblemished reputation in the world of golf. It would also become  national pride,  as it would represent  all Argentines  around the world in the competitions.

The Cabrera Duck was a star, which shone for a short time.  ( Or not so little). Two women reported him  for gender-based violence . With everything that entails. A public figure that represents us, a high-profile athlete,  an outstanding icon of Argentinity in the field of golf.  He was always  recognized in the media for his excellent performance as an athlete. He was even awarded by the renowned  Konex Foundation.  He won the Konex 2000 Award and the 2010 Platinum Konex Award as  best golfer of the decade in Argentina.

But, precisely, his trajectory comes to show us that  not all that shines is gold.  In this era  of claiming women's rights and heading towards a society that does not tolerate any kind of violence,  it is important to question everything.  A very important and difficult step is also  to question our idols. Who are they?How much power do they have?Are they unpunished?, do we have to forgive them and allow everything, just because they are talented? What things do we empower our heroes, admiring them without bowing or questioning? Unfortunately, this is not the first time a public figure has been denounced for violence . It won't be the last either. That's why it's time to check out our T-shirts and our idolatries. The artists, sportsmen, scholars, singers, musicians we love are not gods, they are human. They are humans  born and raised in the same sick society  that raises us. Therefore, they must also be questioned.And from there arises the great controversy about  separating the work from the author?

The most controversial complaint was dated in 2017.  It was her former partner, Cecilia Torres Mana, who carried it out. The motives were clear:  beatings and insults. Psychological and physical abuse  both within the home and outside the home. The legal process is extensive, however, the latest news was that  they ordered the international capture of the golfer,  who had to appear in court but was playing golf in the United States. The judge in charge is Monica Traballini and she was the one who ordered the latter order. From 2017 to this part many things happened. Cecilia Torres , a victim of violence and whistleblower, broadcast videos and recordings about the episodes she suffered.  In addition,  another former couple named Micaela Escudero also reported him for violence and has a restraining order. How many more women have to go out to report?

Beyond the accusations, statements and convictions carried out in this lengthy judicial process, the idea of  remembering the anniversary of the birth of“El Pato” must be dyed with tragic dyes. I think that as Argentines and as a society in general we should  question what places we give to violent people.  What recognition, what privileges, how much power. Often, victims of violence by recognized personalities take a long time to report because, alongside the judicial process, there is a stronger social process . Face  revictimization by the community, listen to the   prejudices of an entire society  and prepare for  the media to show the situation of vulnerability.

That is why I think it is important that, in all fields, cultural, sporting and artistic, there is protection for victims, and that justice does not have to turn a deaf ear to these types of complaints. That's why I think we can no longer have heroes and idols who off the court behave with maximum violence.  Because that idolatry is another impunity, and that impunity is paid by the victims.