Having become the top scorer in Columbus's history, in Santa Fe they recognize Esteban Fuertes as one of their own. 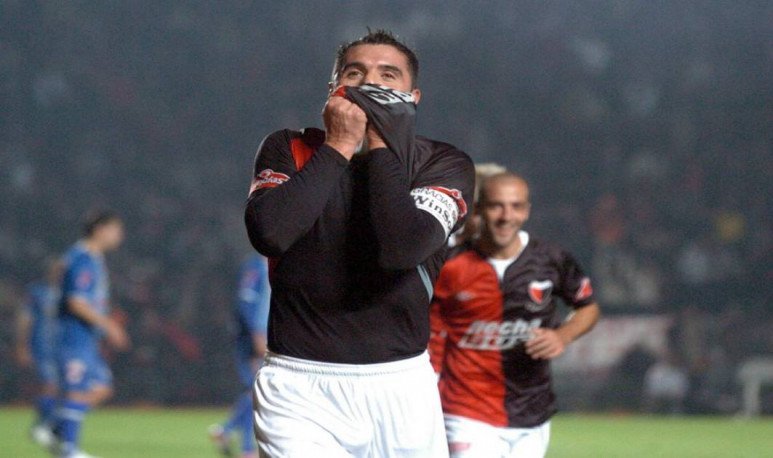 Esteban Oscar Fuertes is  Columbus 's maximum idol.Even, in his extensive career in the club, he became the player who scored the most goals and the most often used Blood and Mourning.

Bichi was born in Coronel Dorrego on December 26, 1972 (is 46 years old). He took his first steps at Club Sarmiento, located in the Centenario neighborhood of his hometown. Then, he went to the Independent Club of Coronel Dorrego, where he conducted the training categories.

Subsequently, he played in the Sporting  club  in Punta Alta, belonging to the Liga del Sur (Bahía Blanca). Whoever was his coach, Darío Bonjour, approached him to the Club Atletico Independiente de Avellaneda.There he was baptized Bichi, for his physical resemblance back then to Claudio Bichi Borghi. Then he took steps through the clubs El Porvenir and Los Andes, achieving with the latter the Ascent to the National B in 1994, being a figure of the team.

Fuertes wore the  Racing  Club jersey.His first match for Colón went against Deportivo Español on September 14, 1997. His first goal with the rojinegra would arrive three days later in the 2-1 win against Hurricane. 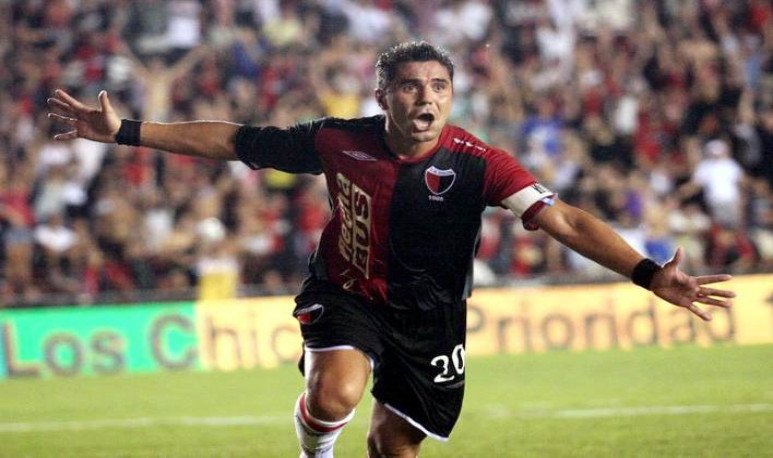 In 1998 Fuertes was essential for  Colón  to be among the eight best in America in the Copa Libertadores 1998, scoring three goals in that tournament.At the end of the 1999 closing ceremony on 20 he said goodbye to Columbus to make his first foray into foreign football, more precisely at the Lens of France.

After his short passage through French football, Fuertes returned to wear Colón's jersey at Clausura 2000.Tournament from which he would leave as a scorer with 17 goals, unpublished mark for the club santafesino.

On March 12, 2000, it would make the first penalty two minutes after the first half against the classic rival of Colón, Unión , in the historic 4 to 0, in what represented the biggest thrashing of the Classic Santafesino in AFA tournaments.

On the next date he would triplet in 6-6 against Gimnasia de La Plata, one of Argentina's most goals draws.

In 2001 Bichi would return to European football, this time to Derby County in England.

After his time in France, and Tenerife in Spain, he would return to Argentine football to play on the River Plate where he would be champion with the Núñez club in the 2003 Clausura tournament.

In Apertura 2003 he returned to play for  Sabalero . At this stage he deputy another international competition led by Patón Bauza, the Copa Sudamericana 2003.In the second leg of the first round he would score two goals in the 4-1 to Velez, which allowed the rojinegro team to go to the next phase in which he would be eliminated against Boca de Carlos Bianchi.In 2007 he would move away from Colón again to play at Universidad Católica de Chile.

Despite the injury suffered in Chile, El Sabalero repatriated him again. After recovering he made 11 goals in the 2008 Apertura Tournament and on May 11, 2009 he was summoned to play with the Argentina Local Team directed by Diego Maradona.

In the 2009 Clausura Tournament (Argentina) Fuertes finally scored his 100 goal with Colón's jersey by date 16 in the match against Tigre, in his team's 2-1 defeat.On Friday, June 12, 2009 he scored a free kick goal for Gimnasia de La Plata who left him to a goal being the top scorer in the Province of Santa Fe with 103 goals.

On June 24 of that year on the occasion of the last date, the Sangre y Luto jersey was worn for the last time in the 3-0 victory against Banfield. Forcing the South Buenos Aires club to descend to the National First B.Triumph very celebrated by the colonists since, according to the scorer himself, “it is a match against a team with which we have a pending rematch for a match that, although I did not play, now I want to beat them,” Fuertes closed, promising to avenge the final that Colón lost to the drill in the National Championship B 1992-93.