Home People Sports Between the difficulty of the trade and success

Horacio Elizondo, without a doubt, is the most outstanding Argentine referee who managed to lead games of great importance in clubs and national teams, among them the remembered 2006 World Final. 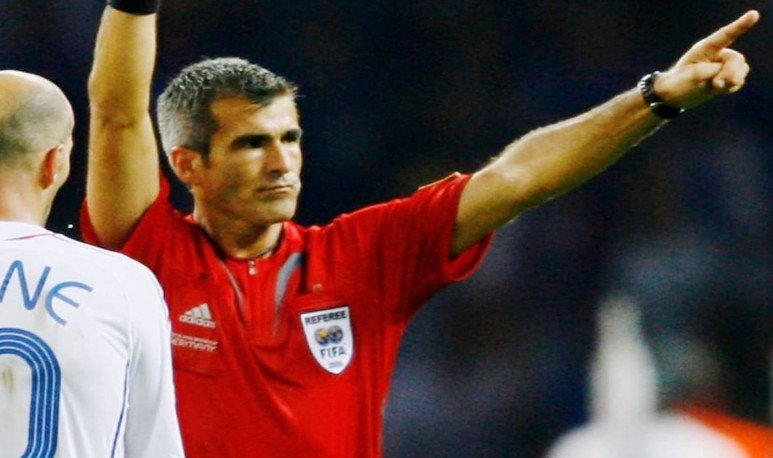 On a day like today, but in 1963, he was born in  Quilmes ,  Argentina , Horacio Marcelo Elizondo. Becoming  the most influential and respected  arbiter  in Argentina  involves mainly having great patience, which should never let go of anger. This sport we all know is an excellent alarm clock for anger, we usually spend more time insulting or blaming a player or, what is easier, the referee. Those of us who know and play daily know that disrespect is just around the corner.  They insult you  from the grandstands either the home or the visitor, the  players  of both teams talk to you and shout at any intervention asking for life imprisonment for a kick while the rival swears he jumped into the pool, the Trainers who demand fouls that only they observe and the context of thousands of viewers and journalists watching a little mistake to judge in order to be able to talk the next day on tv. Indeed,  it is a trade for the few , for those who work under pressure is not an impediment that is why we are faced with a stone personality, solid and firm that imparts justice with two fundamental cards, tolerance and objectivity.

After graduating as a referee, he started from the bottom leading small players until he went up, and in 1994 he established himself in the  first division  directing adult players and more grumpy. That same year he made his international debut at club level, imparting justice in a  Colo vs. National . His level grew and in 1996 came his first international match at national level between  Ecuador and Colombia.

His best moment happened in 2006 after leading 5  matches  at the World Cup in Germany that same year. Beyond that he already had a lot of experience putting justice to the kicks and the violent game, on his back he carried  Youth World Cup, Copa América, Playoffs and Argentina's First Division  .  The World Cup Germany  was the most successful beep of his entire career, he participated in the opening match of Germany vs Costa Rica  , also in Group Stage matches such as: Czech Republic vs Ghana and Switzerland vs South Korea  . In the quarterfinals,  Portugal vs England  and finally in the final of  France vs Italy  . In that final match, he had the particularity of expelling the best player of the tournament,  Zinedine Zidane , for a headshot against  Marco Materazzi that he could never see and neither did the two line judges. But the one who could see everything was the fourth Spanish referee, who desperately warned him by intercom and Elizondo proceeded to draw red for the best French player.

No one in the grandstand will encourage you not to lower your arms, nor is there a Coach to tell you how to work, nor do you defend the colors of a club. The only defense of an arbitrator is to form a shell that protects against insults, grievances and ill-treatment by others. You cannot unlock or let see any imperfections that could attract the introduction of an external factor. It feeds and becomes more resistant thanks to teamwork like in the  2006 World Cup , because we all need a friend, a partner or someone who stretches your arm to get you out of the murky water filled with lots of offenses and big guys, who like puppets, pretend fouts to make your work worse of a referee. The fact that an Argentine has represented patience perfectly generates enormous hope in a trade very reduced by concern.