Home People Sports Be part of the Argentina Archery Team

Be part of the Argentina Archery Team

Comodorans Eduardo Gomes Correia and María Elena Jara competed to improve their performance and score points for the national call. 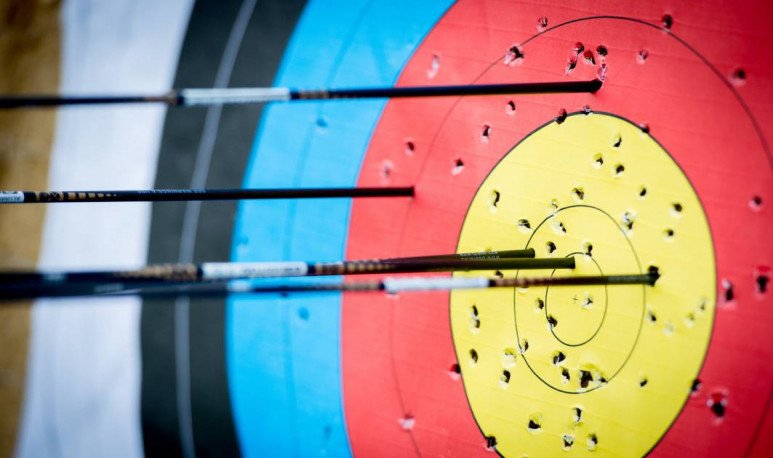 Eduardo and María are part of the Club Amigos del  Archery  de Comodoro Rivadavia (ATAC). In February, comodorenses competed in the  National 3D Archery Tournament  in  Buenos Aires  to improve their positions on the table and go in search of a shared dream.

On competition and participation of chubutenses

The sports competition is organized by the  Arqueros Fortin Colorado Club  and controlled by the  Argentine Archery Federation . Among professionals of this specialty, this instance is very important, given the ranking character of the competition.

It was the first time the  comodorenses archers  took this  first step to reach the Argentine National Team.  Maria Elena joined the  Raso Senior  category, while Eduardo did so in  Olímpico Senior  .

About the modality and the first ranked tournament that is coming

The  3D modality  is disputed with  rubber animals  and  outdoors  in a  1.5 km route  . In addition, it consists of  12 stations with shooting difficulties  where there are no marked distances.

According to the protagonists,  there was no history of ranked tournaments  in this category. Following the participation of comodorenses in the National Tournament, a special request was made to the Argentine Archery Federation. This first awarded the Club Amigos del Archery Comodoro Rivadavia a  3D tournament . This will be held in  Comodoro Rivadavia  on  September 6  , and will bring together  the best archers in the country  .

On the other hand, thanks to the collaboration of  Ente Autárquico Comodoro Deportes  and the  Directorate General of Sports  , this year the members of ATAC will practice at the  Club Ingeniero Luis A. Huergo  . This is a very important advance for the institution and for the professionals of this sport.

Ironman: eight Mendoza got into the 70.3 World Cup

Do you remember La Ola Verde?